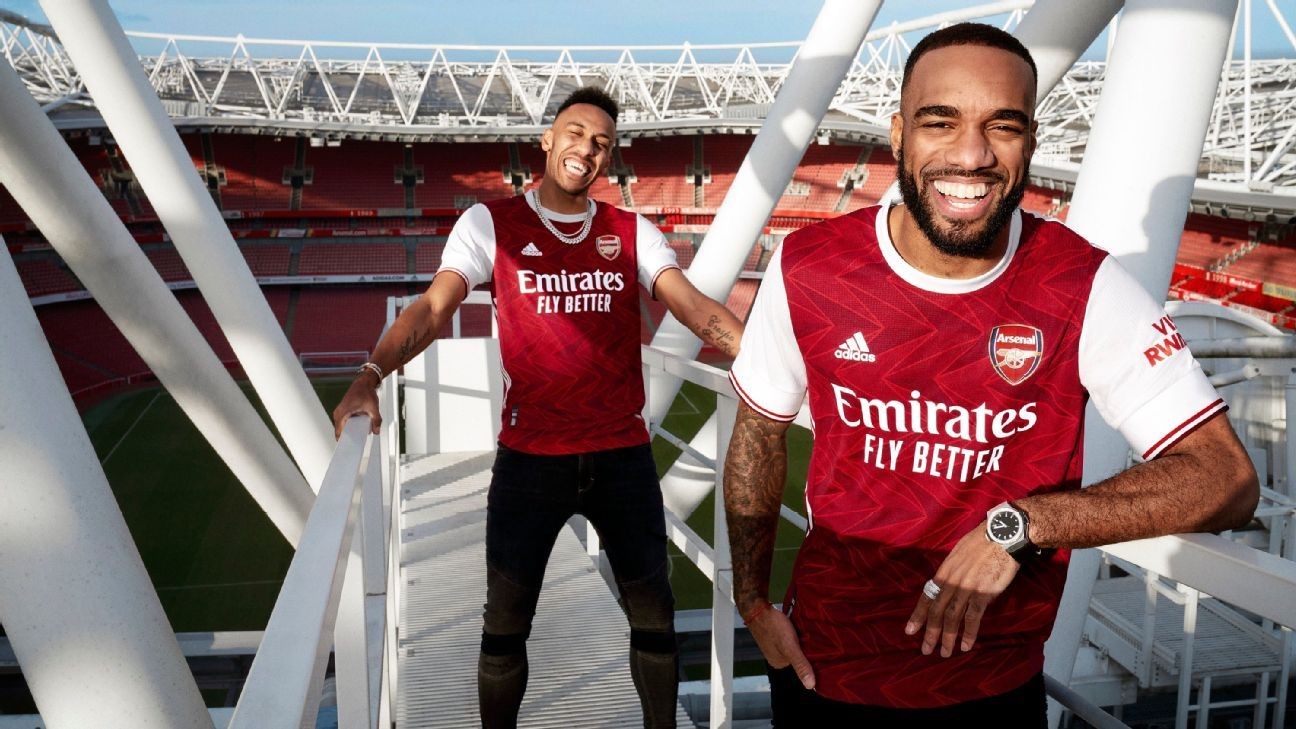 The future of Arsenal's forward line is going to be the story of the summer for Mikel Arteta's men, and the Daily Star reports the Gunners have got their transfer tactics all planned out.

Arteta has always been confident that Pierre-Emerick Aubameyang, who is in the final 11 months of his contract, will sign a new deal. And the Star says that as soon as the ink is dry on that extension, Alexandre Lacazette will be sold to Atletico Madrid.

- Stream FC Daily on ESPN+
- Leeds' rivalries with Chelsea and Man Utd felt like 'hell' - Radebe
- Ogden: How Leeds returned to the Prem after a 16-year hiatus

Arsenal do not want to lose both of their senior strikers this summer, so want to make sure Aubameyang is tied down before allowing Lacazette to make the switch to La Liga in a £30 million deal.

With Eddie Nketiah and Gabriel Martinelli breaking through at the Emirates, moving Lacazette on would release funds for strengthening elsewhere.

09.30 BST: We heard about Chelsea's interest in Brighton & Hove Albion's Ben White, and now the Sunday Mirror has linked Frank Lampard's men with a £20m bid for Manchester City centre-back John Stones. There appears to be little future for Stones at the Etihad after they signed Nathan Ake from AFC Bournemouth, and Lampard could look to the England international to try and plug his leaky defence.

Liverpool and Chelsea are set to battle it out for Brighton's Ben White following the central defender's successful loan spell at Leeds United last season.

That's according to the Daily Star who report that Liverpool are planning a £20m bid for White, who was ever-present for Marcelo Bielsa's side as they won the Championship.

However, Liverpool face pressure from Chelsea who are keen to plug their porous defence. Frank Lampard had the leakiest back line in the top four, and the 7-1 aggregate defeat at the hands of Bayern Munich in the Champions League further highlighted the problem.

Chelsea appear set to move on some big-name players this summer and, alongside Kepa Arrizabalaga, defender Antonio Rudiger could also be on his way as Lampard makes way for White and more.

Brighton boss Graham Potter has previously said that he would like to keep White at Brighton, despite the fact that the defender hasn't played a game for the Seagulls. The club believe the player is worth £40m, twice what Liverpool are rumoured to be offering.

Former Paris Saint-Germain striker Edinson Cavani is in talks with Benfica with a view to joining the Portuguese club this summer, according to L'Equipe.

Cavani has just left the French champions and it is believed that Benfica officials are doing everything they can to sign the Uruguay international.

The 33-year-old is believed to also be attracting interest from Everton and Leeds, though no bid has been forthcoming from either club.

The only sticking point in the move could be the player's salary. Cavani was on €12m a year in the French capital, which could be too rich for the Eagles.

PSG are still searching for Thiago Silva's replacement at the heart of the defence, and Gazzetta Dello Sport believe the French side are considering a move for €40m-rated Nikola Milenkovic.

PSG's defence has been made even weaker following Tanguy Kouassi's move to Bayern Munich, and while sporting director Leonardo has already sounded out the potential of signing Milan Skriniar or Kalidou Koulibaly, Fiorentina defender Milenkovic would appear to be at the top of the French club's shopping list.

PSG may face competition for the Serbian defender, though. Both AC Milan and Internazionale are believed to be interested, and the 22-year-old may prefer to stay in Italy. However, the French champions will almost certainly be able to outbid their rivals.

- Newcastle United are believed to be prioritising British talent this summer and top of Steve Bruce's homegrown shopping list is Bournemouth striker Callum Wilson, according to the Daily Mail. Wilson could though be an expensive option for the Magpies, though, who are also considering a move for Republic of Ireland international Jeff Hendrick following his release from Burnley. Bruce is also believed to be looking at Bournemouth duo Josh King and David Brooks, though he may have as little as £30m to spend.

- Chelsea have been boosted in their bid to sign West Ham United's Declan Rice, with the Hammers considering selling the England international in an effort to rebuild their squad, according to the Sun. The Hammers have insisted they have no desire to sell Rice, but Chelsea are determined to land the 21-year-old and convert him back into a defender. Should Chelsea bid £70m, it would be hard for the Hammers to turn down.

- Sheffield United are keen to keep Dean Henderson at Bramall Lane next season, but Manchester United are demanding the Blades pay all of the goalkeeper's wages, says the Sun. That poses a problem for Chris Wilder's club, who have been able to pay a chunk of the star's salary but wouldn't be able to pay it in full. Manchester United are considering sending Henderson back out on loan next season despite offering him a long contract, but they want any prospective club to finance his £100k-a-week wages.