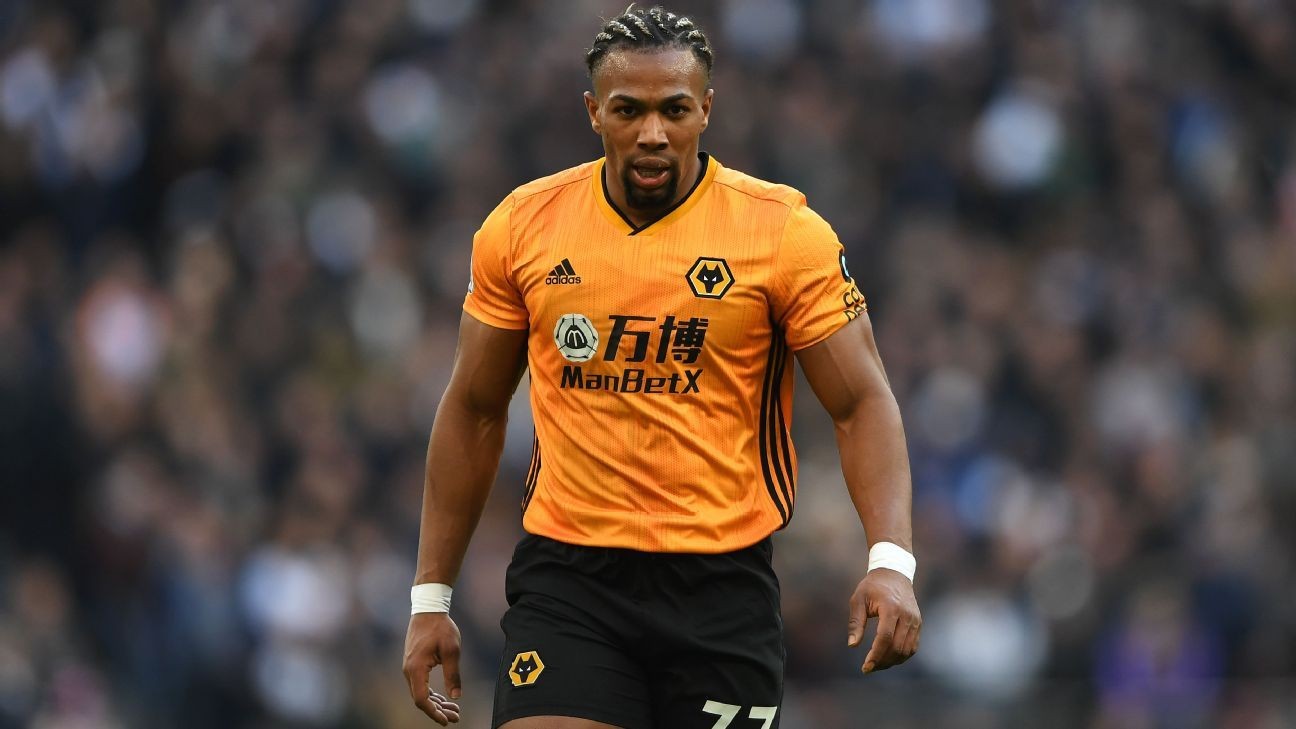 Liverpool finally celebrated a first Premier League title on Thursday night, and things might be about to get even better for Reds fans.

According to Mundo Deportivo, Liverpool have finally made official contact with Wolves regarding the transfer of flying winger Adama Traore.

Jurgen Klopp has been linked with the player for what seems like an eternity, but we might be edging closer to putting this one to bed with the Spanish outlet reporting that the Merseyside club have made one of "several" offers on the table.

Earlier this week, Wolves boss Nuno Espirito Santo admitted he does not know whether the pacey Spain youth international will be at Molineux next term.

Traore produced two impressive displays to help his side comfortably secure back-to-back wins against West Ham and Bournemouth, twice assisting Raul Jimenez to take his attacking return for the season to nine assists and four goals.

"It's not a mystery that we would like to keep Smalling and Mkhitaryan," Fienga told Sky Italia. "But they are right now focused on confirming what they have shown us so far. Let us allow them to work in peace with the hope that they give us so many satisfaction for the remainder of the campaign and in the Europa League."

Smalling has rediscovered his form in Serie A and Roma are keen to reach an agreement with United to extend his loan spell before acquiring the 30-year-old on a permanent basis in the summer of 2021 for a reported €16m. He has made 29 appearances for Roma and is tied to United until June 2022.

Mkhitaryan has scored six goals and set up three more in 14 league appearances for Roma and is tied to the Gunners until June 2021.

08.00 BST: Clubs hoping to land Norwegian wunderkind Erling Haaland this summer ought to focus on other targets, the Borussia Dortmund attacker suggested in an interview with Funke Media.

"I have signed a long-term deal here and I have only just arrived," he said. "That's why I don't even think about already leaving the club."

The 19-year-old joined Dortmund from FC Salzburg in January and has scored 13 goals in 14 league games.

Bayern Munich are ready to ignite a battle with Borussia Dortmund for the signature of 16-year-old Jude Bellingham, says Kicker.

Bellingham, who turns 17 on Monday, has enjoyed a memorable season that saw him become Birmingham City's youngest player ever in August as he went on to make 36 senior appearances.

The youngster is believed to have attracted attention from some of Europe's biggest clubs, with Dortmund previously tipped to be the front-runners for the talented midfielder.

According to Kicker, Dortmund have agreed personal terms with Bellingham but are yet to agree a transfer fee with the Blues, who are said to value the highly rated teenager at £20 million.

And if reports are accurate, that has given Bayern the green light to try to hijack the deal. That would leave a bitter taste in the mouth of Lucien Favre's side, who were also pipped to the Bundesliga title by their domestic rivals.

Arsenal could move for Willian or Coutinho

Arsenal have come in for further criticism in recent weeks with their lack of depth and creativity both coming into question, but the Daily Mail has linked the Gunners with two players who could potentially go some way to solving both of those problems.

According to the Mail, the North London club were preparing to offer Chelsea winger Willian a bumper £250,000-per-week contract before the coronavirus struck and placed clubs under increased financial restraints.

However, according to the paper, Willian's agent, Kia Joorabchian, could be a key player in any deal and is already keen to see another one of his clients, Barcelona's Philippe Coutinho, head to the Emirates.

Willian put in an electric display as Chelsea beat Manchester City and helped secure a first league title in 30 years for Liverpool.

Any deal for Coutinho would likely have to be a loan in order for Arsenal to be able to fund the transfer. Mikel Arteta's side would still need the Catalan side to subsidise his contract, but if the Mail is to be believed then that could yet be a possibility.

-- Chelsea are set to allow Nicolas Tie to join Portuguese side Vitoria Guimaraes in the summer as the Blues continue to plan for next season, reports The Express. The Blues have already confirmed Mario Pasalic will join Atalanta, while Atletico Madrid are expected to take up their purchase option on loanee Alvaro Morata.

-- Another from The Express, which reports that the Gunners are leading the chase for the signature of Red Bull Salzburg star Dominik Szoboszlai, with a host of top clubs also keen to sign the 19-year old. The Hungarian joined Salzburg on a four-year deal in January 2018 and has produced a remarkable 37 attacking returns -- including 15 goals and 22 assists -- in just 58 appearances.