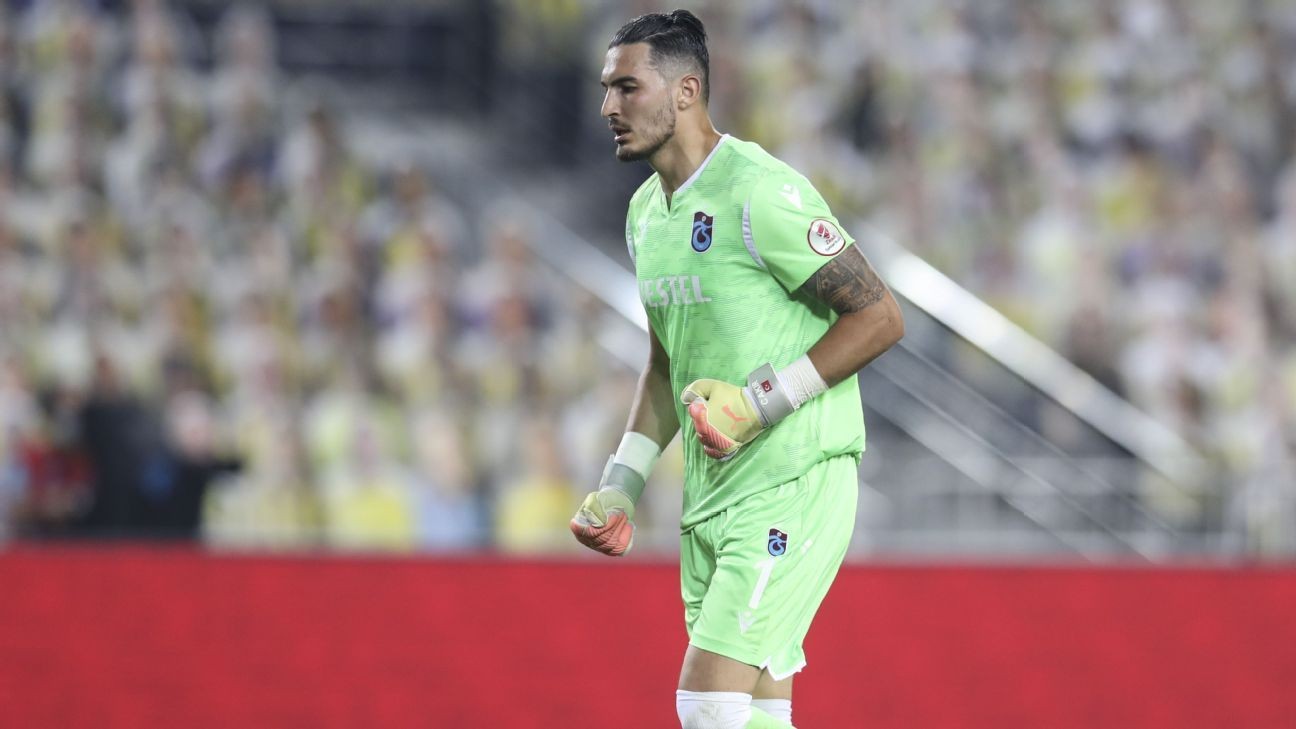 It's probably fair to argue that while Liverpool goalkeeper Alisson conceded four goals against Manchester City this evening, the Brazilian's job is probably among the safest in football. However, his employers appear to be looking for strength in depth and, according to Talksport, they're looking to Trabzonspor keeper Ugurcan Cakir.

- See how the Premier League table is shaping up
- Stream ESPN FC Daily on ESPN+ (U.S. only)
- What did you miss? The latest from Europe's top leagues

The Reds are hoping to strengthen in an effort to protect their Premier League trophy and while they were linked with a move for Cakir in January, and even offered £22 million for him, Adrian stepped in instead.

However, it is believed that Jurgen Klopp is about to return with a solid offer for the 24-year-old. It's believed that Klopp would like to send the player out on loan immediately with Cakir cited as a player for the future.

08.30 BST: We've been waiting for this one, a full year in fact, but it's finally a done deal. Manchester City winger Leroy Sane has completed his move to Bayern Munich. Sane has signed a five-year contract with the German champions after a €49 million (£44.2m) deal was agreed with City. The fee could rise to €60m and also includes a 10% sell-on clause.

Following the reports from France on Thursday that Chelsea are contemplating a move for Lille goalkeeper Mike Maignan, the Blues could be set to send Kepa Arrizabalaga on loan to Sevilla FC, according to the Sun.

Kepa conceded three goals against West Ham United earlier in the week and so finds himself under fresh pressure, with his future in southwest London unclear.

The Sun are reporting that Kepa may be willing to accept a loan move away from the club in an effort to try and build his confidence, or even move in a permanent deal.

Sevilla, who are fourth in La Liga, are keen to add the Spaniard's services to their squad but his £150,000-a-week wages could be a potential stumbling block. Moreover, with four years left on his six-year contract, a permanent fee is likely to be sizeable.

Chelsea may have to consider paying a proportion of Kepa's salary if they're keen to offload their record goalkeeper this summer.

The 25-year-old defender spent the 2018-19 season on loan at the Toffees and Carlo Ancelotti was obviously suitably impressed. A return would suit Zouma too, with the player in and out of the Chelsea side this season.

Zouma would appear to be behind Fikayo Tomori and has subsequently dropped down the pecking order.

However, Ancelotti is not alone in his admiration. Paris Saint-Germain are also interested, while Tottenham Hotspur are also said to be keen.

Frank Lampard is said to be thinking about letting Zouma go as he looks to refresh his own squad, while Zouma himself is keen to get more first-team football.

- Sheffield United are considering a move for Abdul Mumin from Danish side FC Nordsjaelland, according to the Daily Mail. The 22-year-old starred in the Danish Superliga and he has the option to move once his contract expires, with the youngster turning down the option of an extension beyond this summer. The Blades see huge potential in the tall Ghanaian, though Celtic and Brighton are also said to be among other clubs interested.

- RB Leipzig are keen to sign Manchester City left-back Angelino on a permanent deal, according to RB Live. Angelino was a regular under Pep Guardiola but has impressed after moving to Germany at the end of the January transfer window on loan. However, though the Bundesliga side are keen to keep him, the two clubs are said to be far from a final agreement.

- Jude Bellingham finally looks set to be announced as a Borussia Dortmund player this week with the German club confident they've landed the exciting youngster for an initial £20.7m, according to the Sun. Bellingham is expected to agree a five-year deal, much to the disappointment of Manchester United, who were also keen to land the 17-year-old.