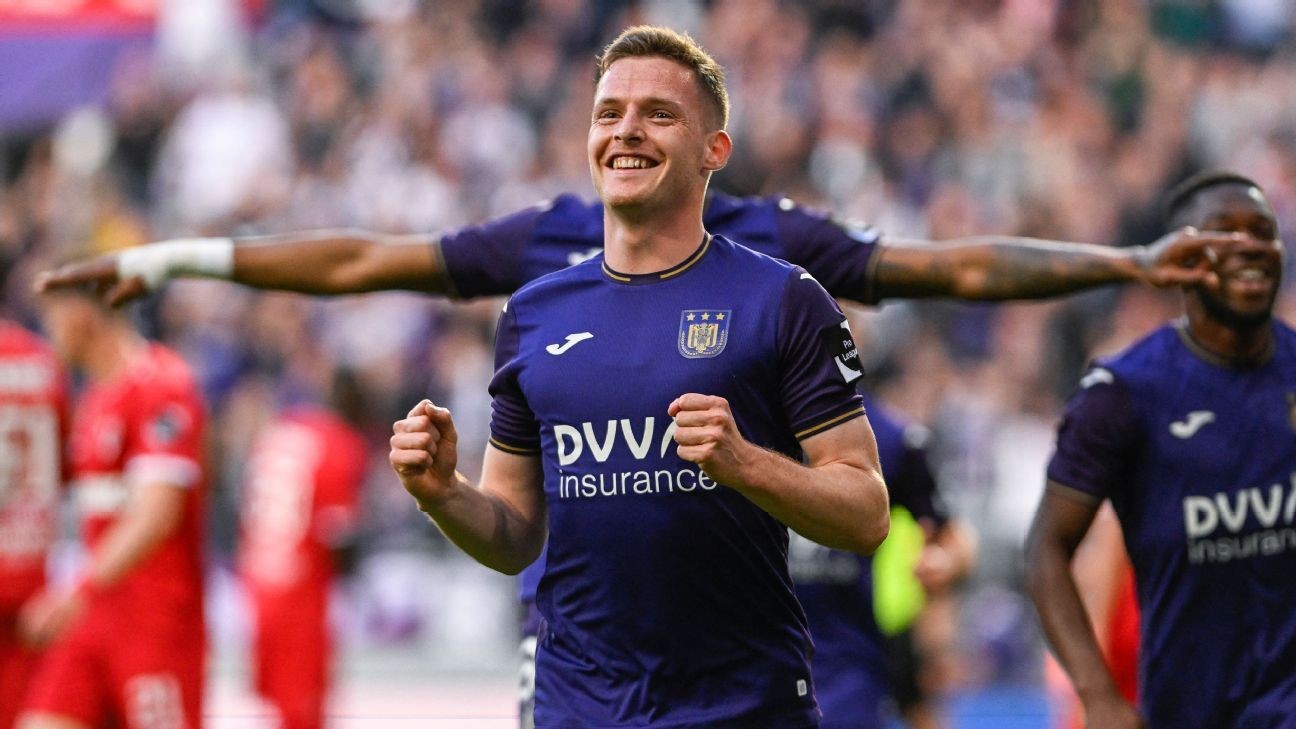 The impact of Messi's Barcelona exit, one year later2dSam Marsden and Julien LaurensWhat do the big Premier League clubs have to sort before transfer deadline?7dESPNBarca signing Kounde ahead of Chelsea is a coup for the club and LaLiga7dGraham Hunter

City boss Pep Guardiola initially planned to loan the 21-year-old defender to LaLiga side Girona, but it is now reported that he is considering keeping Gomez as part of the first-team squad at the Etihad Stadium.

The fee is believed to be in excess of €10 million, with the discussions now in advanced stages before he will be able to head to Manchester for a medical. Gomez was a standout performer in the Belgian First Division last season, contributing to 17 goals in 39 appearances.

Man City have been on the lookout for a new left-sided defender after they parted ways with Oleksandr Zinchenko, who joined Arsenal for £32 million in July. The Blues had originally been interested in Marc Cucurella, but failed to meet Brighton & Hove Albion's asking-price for the defender, who ended up joining Chelsea in a £63m move.

- Memphis Depay looks to be edging closer to an exit from Barcelona, with Juventus discussing a two-year contract for the 28-year-old forward, writes Fabrizio Romano. While he scored 12 goals in LaLiga last season, Depay has been noted as one of the players that the Blaugrana are aiming to offload this summer. It is reported that Tottenham Hotspur have no interest in his services, despite previous links suggesting that a move to north London was possible.

- Sergio Busquets has accepted a new deal that will see his wages restructured, reports Marca. With Barcelona looking to find resolutions in their race to register their new signings, the 34-year-old midfielder is the latest veteran to agree to a new contract that will assist the Blaugrana with their financial difficulties. It is understood that while his salary will remain the same, Busquets will see his payments deferred as well as receiving instalments over the course of the season.

- Eintracht Frankfurt have identified Eric Ebimbe as a replacement for Filip Kostic, reveals Foot Mercato. With Juventus closing in on a move for Kostic, the Bundesliga side have moved fast to ensure that they don't struggle to find an alternative before the transfer window closes. A fee of around €10m is understood to have been agreed between Die Adler and Paris Saint-Germain, with the 21-year-old winger set to sign a five-year deal at the club.

- Giovanni Simeone shone in Serie A last season and caught the attention of Napoli, who are now understood to be closing in on a deal for his services. That's according to Gianluca Di Marzio, who writes that the 27-year-old striker will join on loan for €3.5m, with the deal including an option clause where the move can be made permanent for a fee of €12m. While starring for Hellas Verona last season, Simeone scored 17 goals in 35 appearances.

- Barcelona midfielder Nico Gonzalez is close to securing a loan move to Valencia, reports Mundo Deportivo. The 20-year-old is understood to be signing a new contract at Camp Nou that will see him tied down until 2024, and that was listed as one of the conditions for him to seal his short-term move to Los Che. Gonzalez made 27 appearances in LaLiga last season.