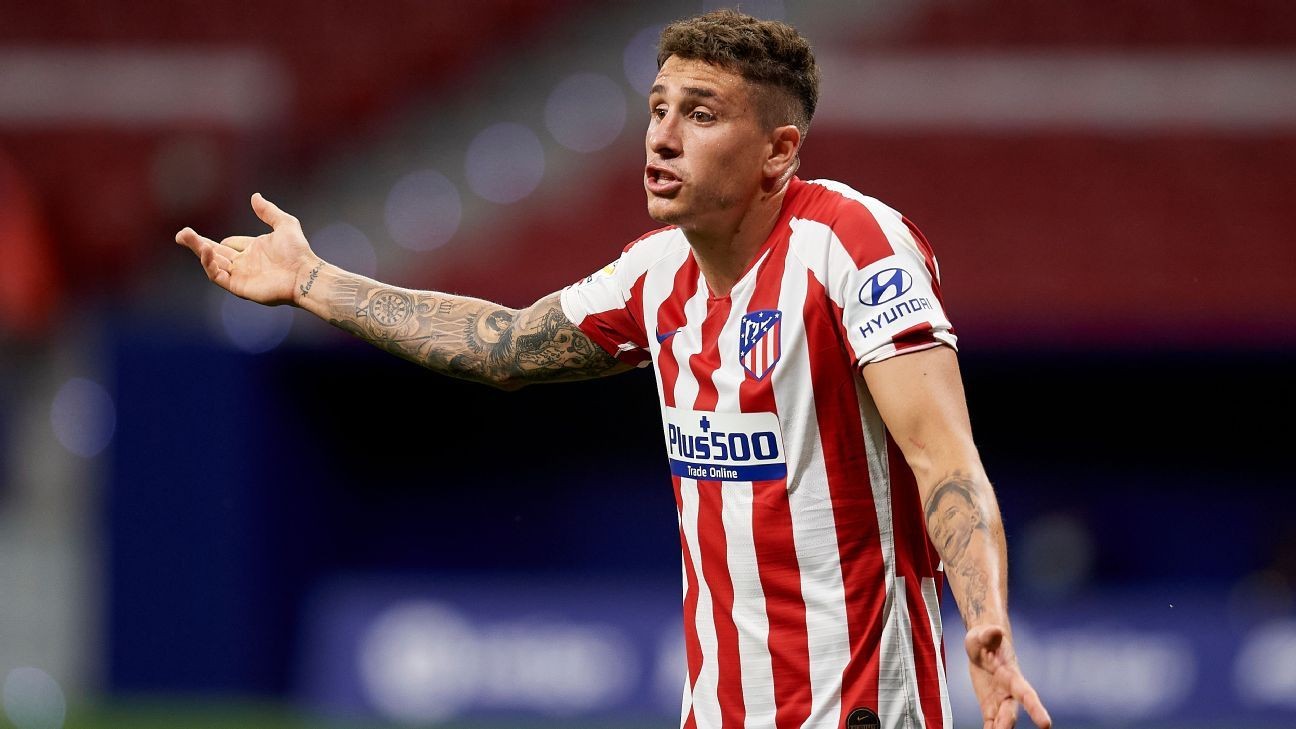 Manchester City have been showing interest in signing Atletico Madrid centre-back Jose Gimenez, though that has now been complicated after the Uruguayan tested positive for the coronavirus.

Due to the fact he will be self-isolating, Gimenez will not be able to complete a medical before the Oct. 5 deadline, but The Daily Star has suggested that City have not given up hope.

They have requested that FIFA extends the transfer deadline for the deal so the medical can be completed safely.

This comes after City already brought in another defender this window, having signed Nathan Ake from AFC Bournemouth.

08.00 BST: Atletico Madrid have strengthened their attack with the signing of Luis Suarez from Barcelona, both clubs announced on Wednesday evening.

The Catalan club confirmed that the Uruguay striker will leave for the Spanish capital and will hold a farewell press conference on Thursday.

Suarez, 33, joins Atletico on a free transfer, although Barca could make up to €6m on the move based on a number of performance-related variables.

The deal is expected to be for two years, with Atletico stating the deal is subject to a medical examination.

Atletico coach Diego Simeone was the driving force behind the move for Suarez, which fell into place once Alvaro Morata joined Juventus on loan on Tuesday.

The Rojiblancos, like Barca, are in a period of financial uncertainty due to the coronavirus pandemic and needed to make room on their wage bill before signing new players.

Gianluca Di Marzio has reported that Tottenham Hotspur are working on a deal to sign Internazionale centre-back Milan Skriniar.

The Italian giants are said to be holding out for €60 million, which Spurs are unwilling to pay at this time.

The report says that Skriniar is very interested in the move and is hoping that a deal of €50m plus add-ons can be agreed upon.

If the move is completed, Inter will attempt to sign Fiorentina's Nikola Milenkovic to replace him, otherwise, the alternative is Chris Smalling, who seems certain to leave Manchester United.

It has already been reported that Chelsea are willing to sell Antonio Rudiger after he dropped down Frank Lampard's centre-back pecking order.

Details are now emerging regarding the clubs that are showing an interest in bringing the Germany international in on loan.

Kicker has named Barcelona and AS Roma as two clubs who are keeping an eye on him, while The Daily Mail reports that Paris Saint-Germain may want the defender after Thiago Silva went the other way.

He may be an outcast at Stamford Bridge, but it appears Rudiger isn't short of options.

- Nacho Fernandez could be leaving Real Madrid before the transfer deadline, and AS has hinted that his likely destination is Serie A. When his agent, Juanma Lopez, was organising Alvaro Morata's deal to Juventus, reports said he was also meeting potential suitors for the defender. Juventus, Napoli and Roma are said to be the three teams currently showing an interest in signing the Spain international.

- Marseille have been long-term admirers of Bayern Munich midfielder Michael Cuisance, but they now have competition from Leeds United. That is according to Foot Mercato, which reports that Marcelo Bielsa is very keen on bringing the Frenchman to Elland Road, and has requested that Leeds make an offer. Due to financial difficulties, Marseille were only looking to bring the midfielder in on loan.

- Watford and Valencia are in discussion over a deal for the Hornets midfielder Etienne Capoue, reports The Watford Observer. The Frenchman, along with Roberto Pereyra, is not in Vladimir Ivic's matchday squads after requesting a transfer. Watford would prefer to sell him outright, while Valencia want a loan, due to their financial situation, meaning an agreement has not yet been made.