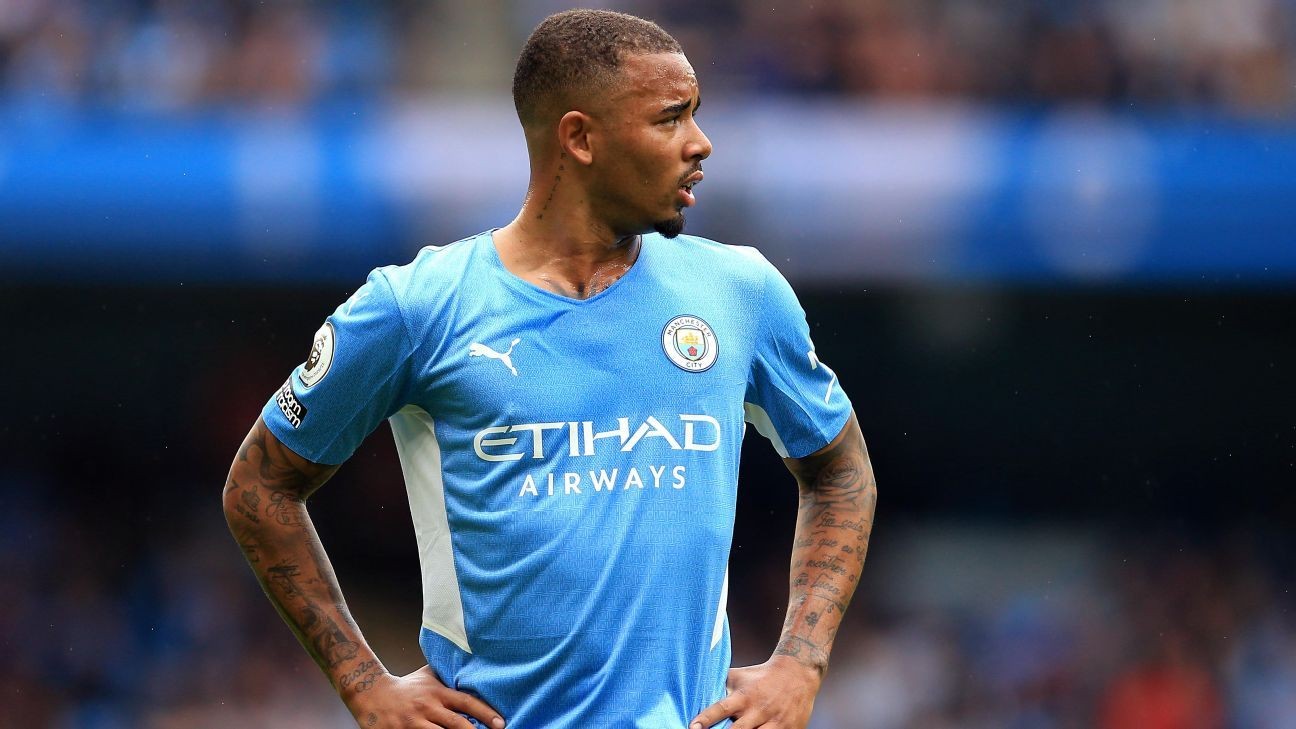 Juventus are eyeing a move for Manchester City striker Gabriel Jesus, but could face a battle with Bayern Munich depending on the future of Robert Lewandowski.

That is according to Calciomercato, which reports that the Serie A side are very keen to bolster their attacking output, which includes Alvaro Morata, Paulo Dybala, Moise Kean and Kaio Jorge. The report also says Pep Guardiola could be willing to let the forward go to fund another striker incoming.

Though Juventus may firmly have the Brazil international in their sights, Bayern Munich are also said to be monitoring his situation. The Bundesliga champions are unsure on the future regarding Poland international Lewandowski, who only has 2-years left on his current deal and are planning on life without the 33-year-old in the future.

Jesus, 24, has started three of Man City's four Premier League fixtures so far this season and has scored one goal with three assists in those appearances. City were linked with a move for Harry Kane in the summer in a search for another natural No. 9, which put the future of Jesus in doubt.

The report suggests that City could still be in the market for another striker, which could put the forward's future in further doubt.

- Sport 1's Florian Plettenburg has stated that any reports suggesting Bayern Munich and Chelsea could strike a swap deal for Leroy Sane and Timo Werner are false. The reporter even doubled down, saying that his "sources were amused about this rumor" about the two attackers who have struggled at their respective clubs.

- Arsenal view 20-year-old sensation Bukayo Saka as "untouchable" in the transfer market, according to Fabrizio Romano on the Here We Go podcast. That revelation comes as a number of clubs reportedly seek a possible deal for the England international in the summer window despite the Gunners have made their stance on the player clear. Saka signed a new contract last year that runs until 2024 and Mikel Arteta believes that he, as well as other youngsters, will be the players that the club will build upon going forward.

- Tottenham have made an offer of personal terms for Franck Kessie in an attempt to sign the midfielder, but PSG are also believed to be in contact with the representatives. Calciomercato reports that Spurs have made an approach with an €8 million-per-year contract. The 24-year-old is out of contract at AC Milan next year with a renewal not getting any closer.

- Manchester United are planning to offer Luke Shaw a new contract in the near future according to Fabrizio Romano on the Here We Go podcast. The left-back currently has two years left on his existing deal, but United are said to be prioritising Paul Pogba, who's contract expires next summer, and Bruno Fernandes first.

- Playmaker Angel Di Maria is hoping to move to a former club in Rosario Central once he leaves Paris Saint-Germain, according to Le10sport. The 33-year-old came through the ranks at Rosario before moving to Benfica in 2007, and revealed to the press that he wishes to retire at the club in the future. His current deal in the French capital ends in 2022, but he has the option of another year to 2023.