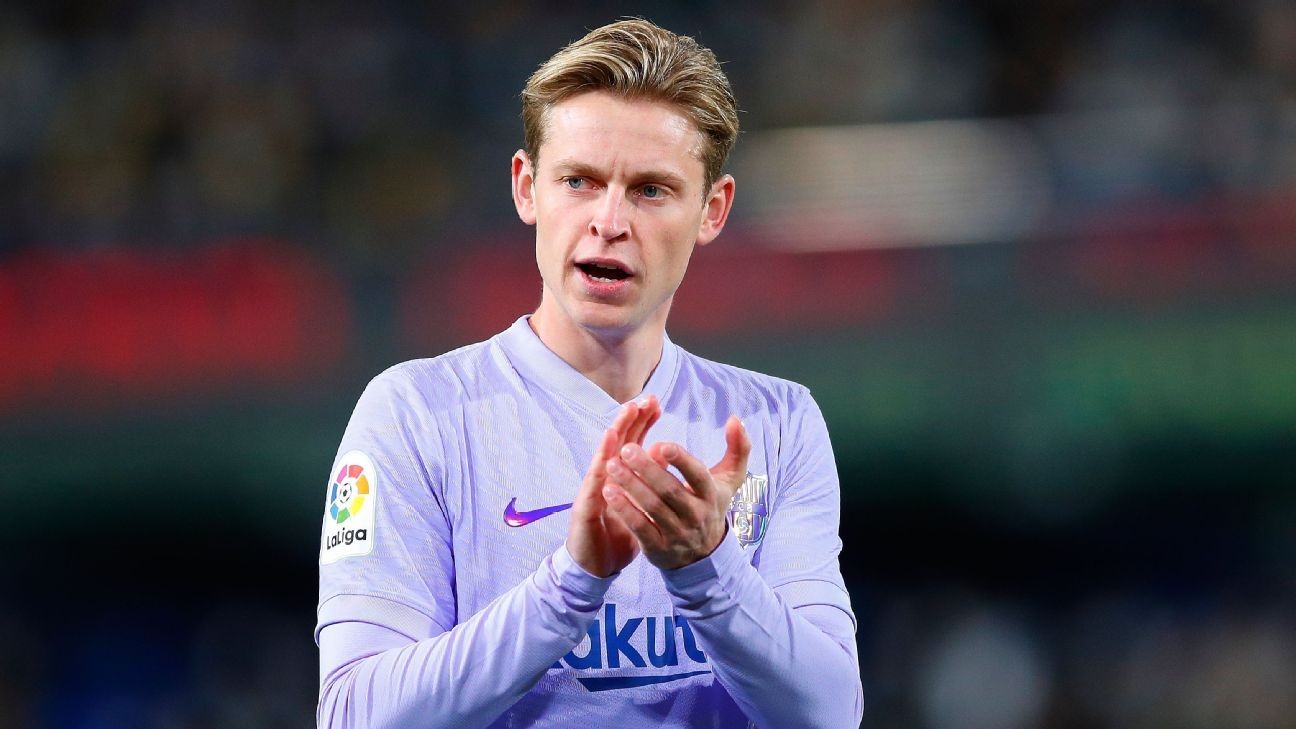 Manchester United have no interest in signing Philippe Coutinho from Barcelona and want Frenkie De Jong instead, according to El Nacional.

When travelling to discuss a potential move for Ferran Torres with Manchester City, Barca president Joan Laporta is said to have also met with United bosses.

He had initially hoped to offload Coutinho, whom Xavi Hernandez is not keen on, but the Red Devils have reportedly said that they don't want the Brazilian.

Messi vs. Ronaldo: Two superstars, two summer moves. How is it going?25dMark Ogden, Julien LaurensMaguire, Coutinho, Van Dijk: How it started, how it's going for soccer's most expensive XI37dMark OgdenThe biggest star every top Premier League team has traded67dTor-Kristian Karlsen

While Edinson Cavani was also a topic of discussion, United were keen to express their desire to bring in De Jong.

It is felt that the Netherlands international would suit the playing style of new boss Ralf Rangnick, but United's opening offer of €55 million is one that the Blaugrana would not even consider accepting. This point is accentuated by the fact De Jong joined Barca for €86m and currently has a contract that runs until 2026.

Therefore, the Catalan club is not willing to even negotiate until the Red Devils make an offer in excess of €70m.

Despite setting that threshold for negotiations, Barcelona do not intend to offload De Jong, with Xavi seeing him as an integral player as he looks to build the side.

However, the club's financial situation means Laporta will study all of the offers that come his way.

- RB Leipzig's Amadou Haidara could become Rangnick's first Manchester United signing, while the Red Devils are also interested in Aston Villa's John McGinn, reports The Sun. There are doubts around the futures of Paul Pogba, Jesse Lingard and Donny van de Beek, so they are looking for reinforcements in the middle of the pitch, with McGinn's performances for club and country having caught the eye.

- Paris Saint-Germain are targeting a £30m move for Wolverhampton Wanderers left-back Rayan Ait-Nouri, according to The Sun. The club's scouts have recommended signing the 20-year-old, and they could even attempt to do just that in January. Nuno Mendes is currently on loan in Paris from Sporting Lisbon, but Ait-Nouri is seen as a possible alternative.

- Chelsea and Arsenal are both interested in Paris Saint-Germain striker Mauro Icardi, as has been reported by Ekrem Konur. The Argentine could leave PSG as soon as January and has also received some offers from Italy, where he has previously turned out for Sampdoria and Internazionale.

- Everton are willing to offload Jordan Pickford to bring in funds, with Tottenham Hotspur interested, according to The Sun. It is suggested that their prospective price could be a stumbling block, though, as the Toffees aim to bring in £30m for the England international. While Spurs are happy to pay his £100,000-per-week wages, the transfer fee would make this an expensive move for them.

- The Daily Mail have reported that Leeds United are set to beat the likes of Liverpool, Manchester City and Barcelona to the signing of Espanyol striker Mateo Joseph Fernandez. They originally wanted the 18-year-old for £420,000 before increasing their offer and reaching an agreement ahead of a January move.

- Joe Rodon wants to leave Tottenham Hotspur in January, as he feels overlooked by Antonio Conte, according to Football Insider. The Wales international had been afforded just 54 minutes by the Italian so far and is willing to leave on loan or permanently.