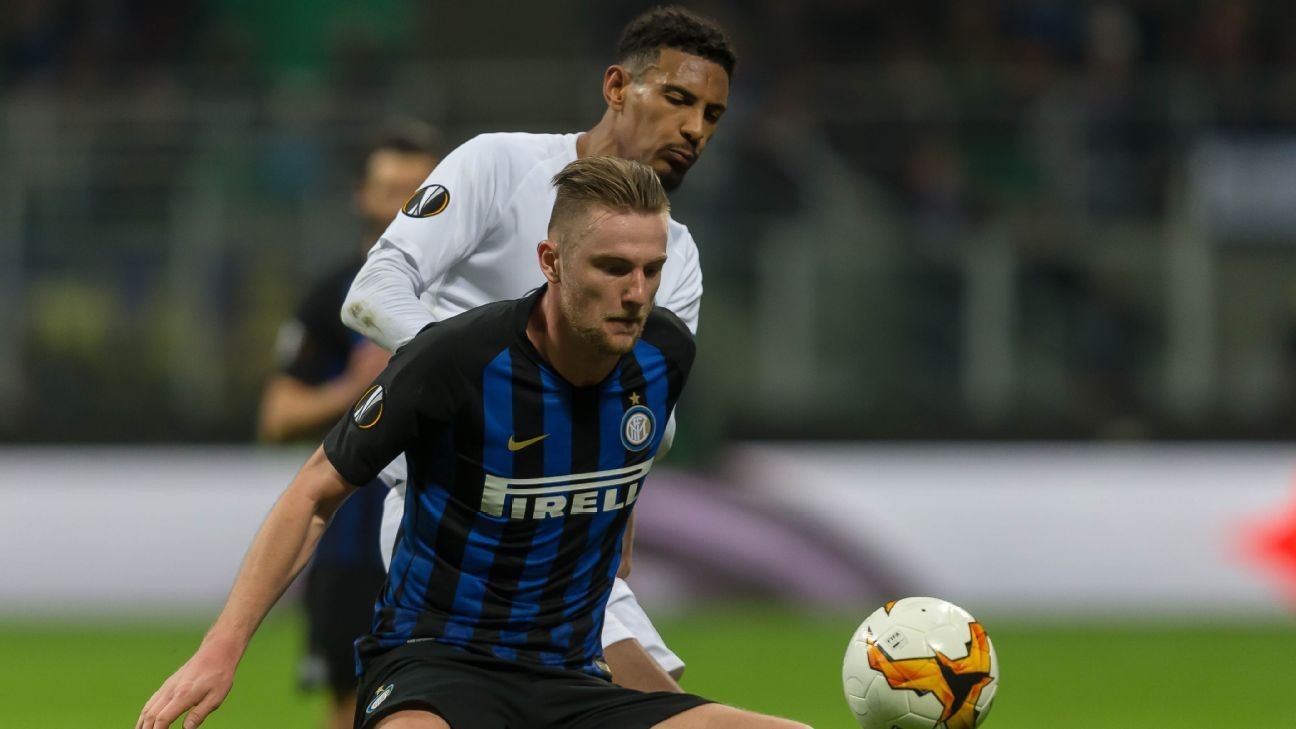 Manchester United have made an offer of €65 million for Inter Milan defender Milan Skriniar, according to Tuttosport.

United have been targeting a number of centre-backs in 2020 and, in particular, the dependable Slovakian is a player who has been continually linked with a move to Old Trafford. However, the Reds' chances of a move appeared to have been scuppered when Skriniar put pen to paper on a new deal at the San Siro.

However, Tuttosport suggests Inter may now consider selling Skriniar as a result of the 25 year old struggling to fit into Antonio Conte's back three. Skriniar has had a disappointing spell in the last few months and, as a result, his asking price might be lower than it was six months ago, which is why United have made their new offer.

United aren't alone in their admiration for the player, though, with rivals City also interested as well as Real Madrid and Bayern Munich, which means Inter will have to evaluate any offers they receive this summer.

Barcelona are reportedly weighing up moves for Tottenham duo Ryan Sessegnon and Tanguy Ndombele, according to the Daily Star.

However, they're reporting that Spurs boss Jose Mourinho has no intention of selling Sessegnon to anyone this summer, even though the England U21 international rarely figures in the north Londoner's starting lineup.

Barcelona are rumoured to be interested in the 20-year-old, but they also want Ndombele, another Spurs flop. The Frenchman signed for £55m, but he is a frequent target of Mourinho's criticism and could be up for grabs. Sessegnon, however, appears to not be for sale.

Barcelona seem to be closing on Inter forward Lautaro Martinez, but what does it mean for Luis Suarez?

Barcelona have been boosted by the news that Inter Milan might be willing to accept €90m for striker Lautaro Martinez, according to Corriere della Sera.

The two clubs have been locked in a stand-off over the Argentina striker, with the Italian club originally stating they wouldn't take anything less than €111m, which is the amount stipulated in the player's now-passed release clause.

And with the player seemingly desperate to join Barca, Inter are having to rethink their strategy.

They previously believed they could keep their prized asset if Barcelona failed to meet Martinez's release clause, but they didn't anticipate the player's desire to move to Camp Nou.

Barcelona are still keen to include a player in the deal in an effort to further reduce the price, which means there's sure to be plenty of negotiating ahead.

More from Inter and Conte, who is looking to reinforce his midfield with Brescia star Sandro Tonali the top target, reports Calciomercato,

Conte is believed to be frustrated with his midfield following his side's recent inconsistency, which includes draws against Sassuolo and Verona, and a defeat against Bologna, in the last five matches.

That could mean that some of Inter's current engine room could find themselves up for sale in the summer, but the Nerazzurri have targeted two replacements: Tonali and Arturo Vidal.

Tonali is seen as a long-term solution for the club, while Vidal could inject some much needed experience and physicality to the side.

-- Wolverhampton Wanderers are monitoring AC Milan 21-year-old striker Rafael Leaos, according to Tuttosport. They claim that the Portugal U21 international had found it difficult after losing his place in the starting XI to Zlatan Ibrahimovic, though he has since returned to form with three goals in five games since the restart. Agent Jorge Mendes is believed to have been looking around at potential destinations, including Wolves, Juventus and Atletico Madrid, though after his recent run in front of goal, Leaos may be tempted to stay in in the Italian capital.

-- AC Milan lead the chase for Red Ball Salzburg's Dominik Szoboszlai, according to le10sport. They claim that although the Hungarian is also being tracked by Paris Saint-Germain, Arsenal and Bayern Munich, the 19-year-old would favour a move to the Rossoneri. Szoboszlai's agent and Milan representatives are believed to have started discussions in recent weeks, with a five-year contract believed to be on the table.