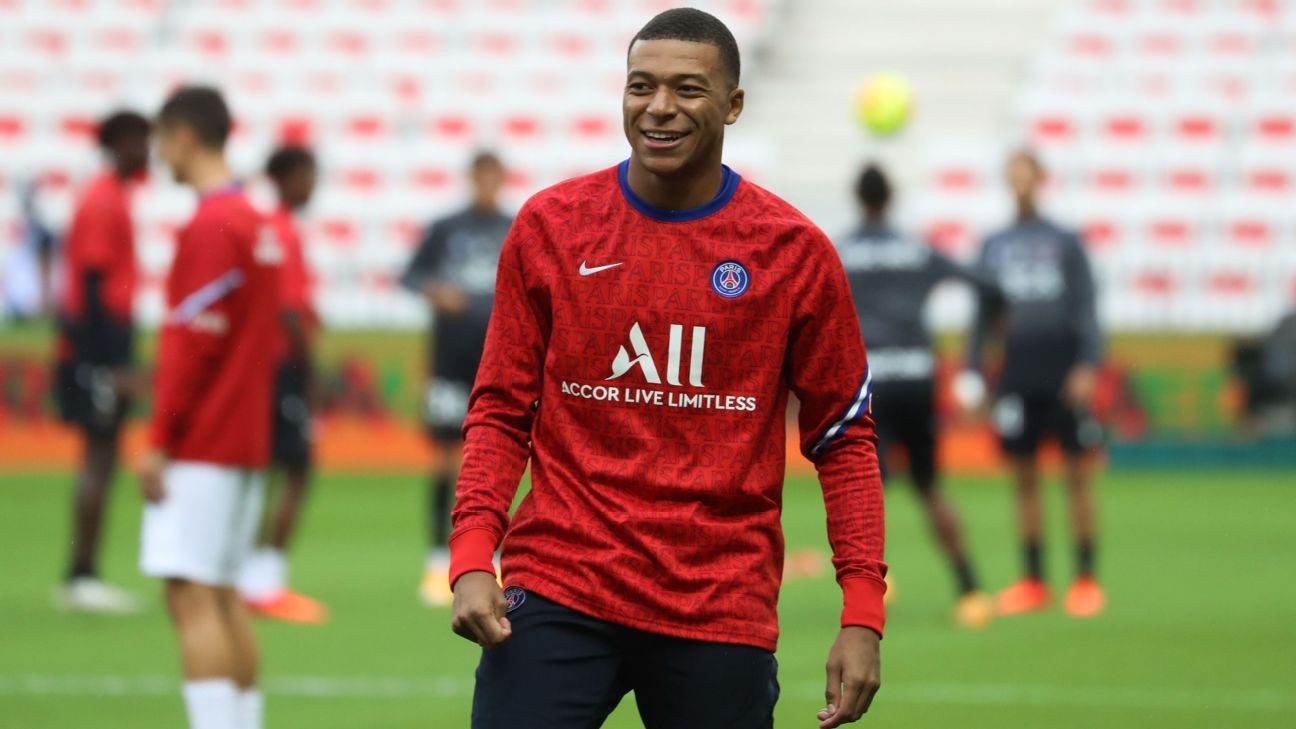 Zinedine Zidane's future at Real Madrid is on the rocks, but it won't affect whether the club convince Kylian Mbappe to join from Paris Saint-Germain.

Following losses to La Liga newcomers Cadiz and to Shakhtar Donetsk in Champions League play, Zidane has come under fire amid mounting speculation about his job.

However, AS is reporting that the Frenchman's future will have no impact on Real's pursuit of Mbappe.

Mbappe has previously expressed admiration for Zidane, but the report states that the player's desire to join the Spanish giants does not rest on his idol being in charge of Los Blancos.

The winner of the 2018 World Cup with France is under contract at PSG until 2022, and any move to Madrid will certainly come a hefty price. PSG paid AS Monaco €180 million for Mbappe's services in 2017.

Partizan Belgrade have accepted an offer from Manchester City for their prize wonderkid Filip Stevanovic, according to Mozzart Sport.

It is suggested that the 18-year-old will sign a four-and-a-half-year deal with City in the January window, before going back on loan to the Serbian club for the remainder of the season.

The plan is that he will then be heading to England next summer to join up with his new teammates.

Other sides who have previously looked at the forward are Borussia Dortmund, Chelsea and Liverpool.

Emerson Palmieri may be looking for an exit as he struggles for game time at Chelsea, with Ben Chilwell and Marcos Alonso ahead of him in Frank Lampard's pecking order.

Italian outlet Sempre Inter have claimed that the Italy international will have various options in the summer, including Serie A giants Napoli and Internazionale

So while Emerson will need to sit patiently for now at Stamford Bridge, it appears the 26-year-old could be in demand when January comes around.

- AS Roma have drawn up a shortlist of three Italian goalkeepers to replace the struggling Pau Lopez in the January transfer window, reports Calciomercato. It is suggested the Roman side has given up on Lopez despite having been an expensive acquisition. In the meantime, Antonio Mirante will likely be going between the sticks for the Serie A outfit.

-- Sergio Romero has demanded showdown talks with the Manchester United hierarchy, reports the Daily Star. This comes after he found out on social media that he had not been included in the Premier League club's 25-man squad for the campaign. The Argentina keeper has already been open about how irritated he has been by his treatment, so these talks should be pretty interesting.