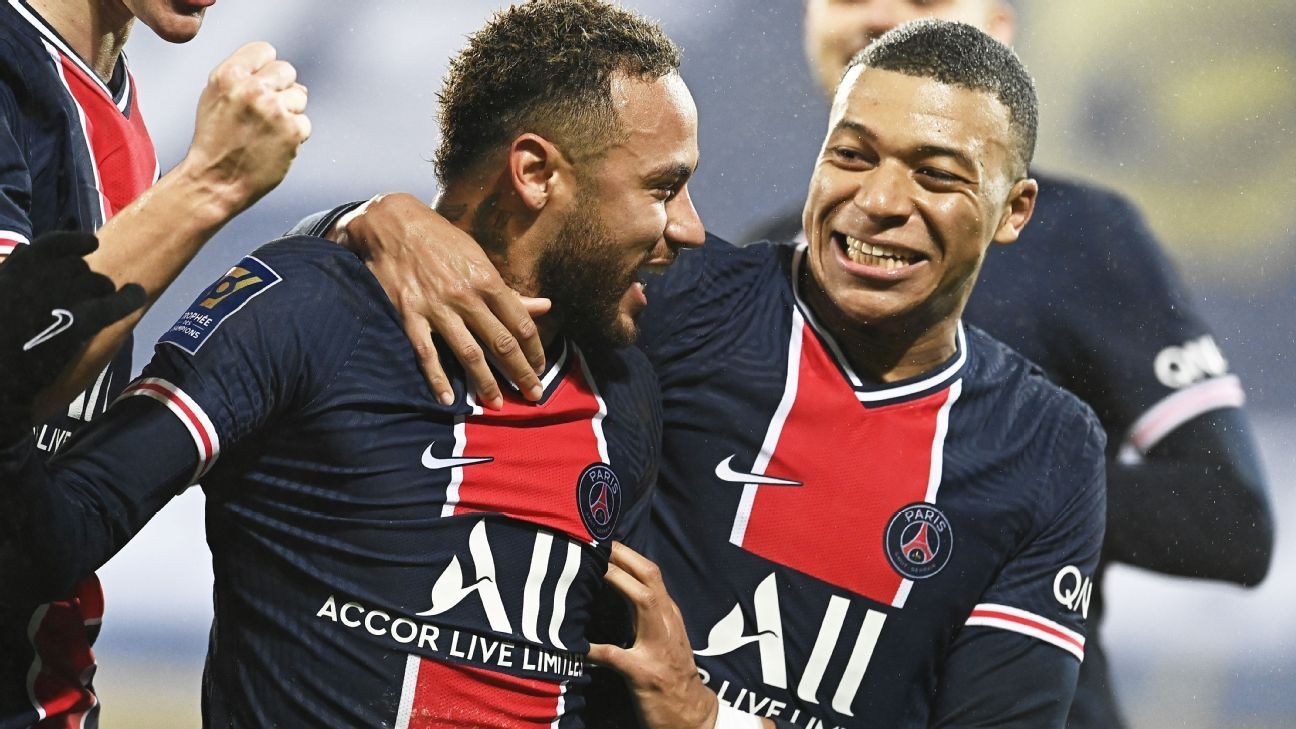 With Paris Saint-Germain star Kylian Mbappe's contract coming to an end in 2022, there has been plenty of talk around whether he will sign an extension.

Mbappe, who scored a hat trick in last week's Champions League first leg win at Barcelona, said he is "happy" at PSG but that it would be "stupid to decide my future on a single match."

But according to Foot Mercato, PSG would have to put in certain demands in Mbappe's new contract if they want to keep him.

It is suggested the Frenchman wants to be near or equal to teammate Neymar's monthly wage of €3 million, while the striker also wants a clause that will allow him to leave if certain clubs come knocking.

Among the clubs that have been linked with Mbappe include Real Madrid and Liverpool.

Hector Bellerin will consider leaving Arsenal in the summer transfer window amid renewed interest from PSG, according to CBS Sports.

Should Lionel Messi stay at Barcelona or join Man City or PSG? Our experts break it downTransfer grades: Davies a C+ for Liverpool

There has been plenty of talk around a possible departure for the Spanish right-back, having previously been linked with a return to Barcelona.

The Catalans had a $35m offer rejected at the start of the season, but now PSG -- as well as several Serie A teams -- are now eyeing the player.

Bellerin is apparently keen on a move to a club where he can immediately compete for silverware, instead of being a part of Mikel Arteta's rebuilding project at the Emirates.

Juventus have asked Atletico Madrid about the possibility of signing Alvaro Morata on loan again in the summer, reports Goal.

The outlet has indicated that the Italian giants are willing to pay €10m to keep the Spaniard for another season.

There is an option for them to permanently sign the striker for €45m during the summer, but they are now unable to afford that due to the financial implications of the coronavirus pandemic.

In an effort to resolve the situation, Juve are hoping they can pay the initial €10m before signing the 28-year-old for €35m in 2022.

-- Borussia Dortmund are in the market for new centre-backs with Sky Sports Deutschland reporting that Fiorentina's Nikola Milenkovic is one of the club's top candidates. Another choice for the German side is Cagliari's Sebastian Walukiewicz, who the Italian club will allow to leave for financial reasons. The report suggests that Dortmund have already come to an agreement to sign 17-year-old Soumaila Coulibaly from PSG.

-- Napoli are showing an interest in signing Benfica left-back Nuno Tavares, as has been reported by Calciomercato. The 21-year-old has played a total of 35 first-team games for Benfica, and it seems he has done enough to catch the Serie A club's attention.