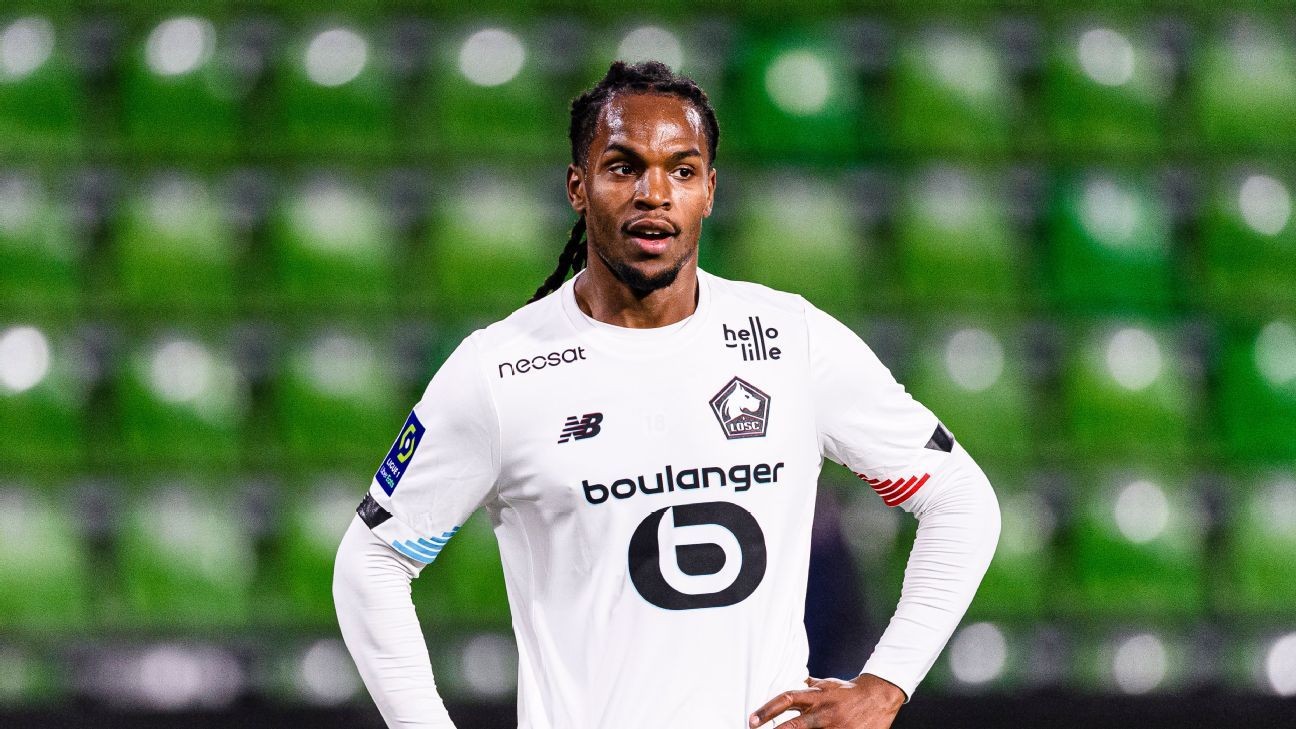 The midfielder has been a stalwart in Lille's French Ligue 1 title challenge after unsuccessful spells with Bayern Munich and Swansea City. Les Dogues are now just two games away from their first championship since 2010, but success could come at a price -- with a number of Lille's key players attracting interest from around Europe.

While interest is believed to be genuine, Corriere dello Sport claims that the deal hinges on Roma making other moves first, with the Italian club requiring to fund potential moves through player sales.

The 23-year-old's versatility could make him a key part of Jose Mourinho's plans, with the Portugal international impressing both in central midfield and out wide with Lille.

Renato Sanches could be the marquee signing Jose Mourinho makes to announce his return to Serie A with Roma. Photo by Marcio Machado/Getty ImagesPAPER TALK (By Adam Brown)

- Stuttgart are keen to extend Konstantinos Mavropanos' loan spell from Arsenal, Kicker has learned. The outlet reports that Stuttgart's sporting director is already in talks with the Gunners to keep the Greek centre-back for another season. The 23-year-old has impressed in the Bundesliga, turning out 20 times for the newly-promoted upstarts.

- Chelsea are reportedly head of the class for Tottenham's Harry Kane, according to Football Insider. FI write that a source at Stamford Bridge has told that the 27-year-old is a top target for the Blues this summer. Kane has scored 21 goals and added 13 assists this season but faces a decision on his future given Tottenham are likely to miss out on the top four.

- Juventus centre-back Matthijs de Ligt will not be moving this summer, Tuttosport claims. Chelsea and Barcelona have reportedly made offers for the Dutch defender, but Juve have no plans to sell the highly-rated 21-year-old.

- The Daily Mail are reporting that Manchester United are facing competition for the signature of Ghanaian winger, Kamaldeen Sulemana. The 19-year-old has been attracting interest after a run of good form last month which produced five goals in as many matches for FC Nordsjaelland. Reports claim that Ajax have rejoined the race after having a £10 million bid rejected in January for the player dubbed as Ghana's best prospect since Michael Essien.

- Everton could swoop and grab Fulham midfielder Andre-Frank Zambo Anguissa once the Cottagers are relegated, the Mirror understands. Carlo Ancelotti is reportedly keen on the 25-year-old, who has impressed at the second attempt in the Premier League and is valued at £25 million.