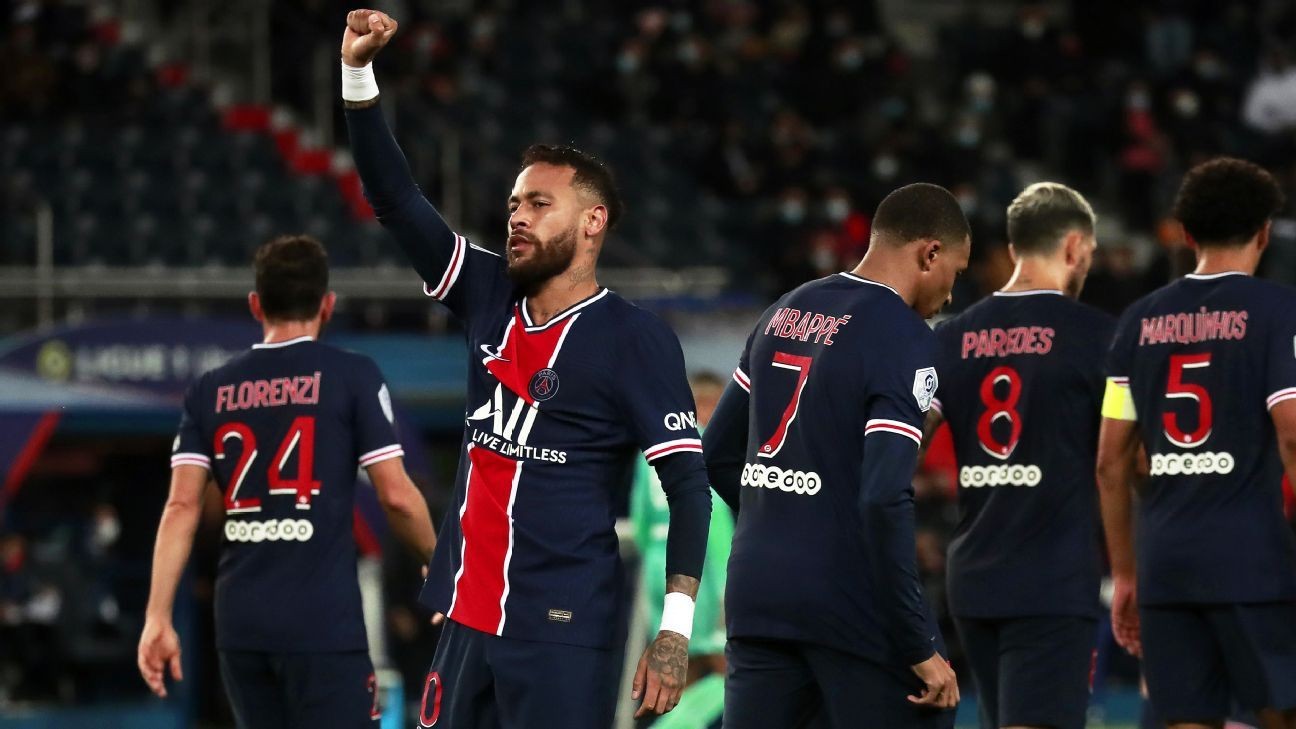 The coronavirus pandemic made the summer transfer market unlike any before it, but there were still plenty of deals done and you can check out the major ones here. The window might be closed across the top leagues in Europe, but here are the best rumours from around the globe.

Ever since Neymar left Barcelona, there has always seemed to be some sort of suspicion that he could go back at some point.

Well, Foot Mercato's latest report seems to have put any return to Camp Nou in the next few years in serious doubt.

The Brazilian, whose current deal comes to an end in 2022, has made his desire to re-sign with PSG clear, asking for a new five-year contract, which will see him stay on €36m per year.

With Kylian Mbappe less keen on a renewal, the Frenchman is seen as the priority by PSG, but Les Parisiens will also be looking to keep Neymar past his current deal.

Barcelona quartet set to be targeted

Things have been less than peaceful at Barcelona, and the indication from Mundo Deportivo is that this is a trend that is set to continue.

The Spanish outlet has suggested that Pedri, Ansu Fati, Ousmane Dembele and Francisco Trincao are all going to be targeted in the January transfer window.

The report says that Leicester City will be looking to bring in Trincao, while Juventus will try to lure Dembele to Italy, and the other two will have plenty of eyes on them.

So far, Barcelona have stated that they will be turning down any advances for their young talents, as they look to rebuild after Josep Maria Bartomeu's resignation.

Arkadiusz Milik is a transfer saga that rumbled on for the entire summer window, and it is likely reports around his Napoli exit will only get stronger the nearer January comes.

Calciomercato has reported that the Serie A outfit's representatives will meet with those of the Poland international, as they look to sort out a move in January.

It is in the best interests of both the club and player for an early deal to be made, as Napoli won't receive a fee if he leaves when his contract runs out in the summer, while Milik is hoping for a place in Poland's squad for the Euros.

The report has claimed that Tottenham Hotspur and Atletico Madrid are the most likely destinations for the striker, after moves to Roma and Juventus previously fell through.

-- Injuries to Romelu Lukaku have put Internazionale in a sorry situation, as it seems they will be left to rely on Andrea Pinamonti. Calciomercato suggests that the Italian will get a chance to prove himself, but if he fails, the Nerazzurri may move for Parma's Gervinho in January.

-- Thiago Mendes has admitted that he considered leaving Olympique Lyonnais during the summer window, after a tough first campaign with the Ligue 1 side, reports L'Equipe.