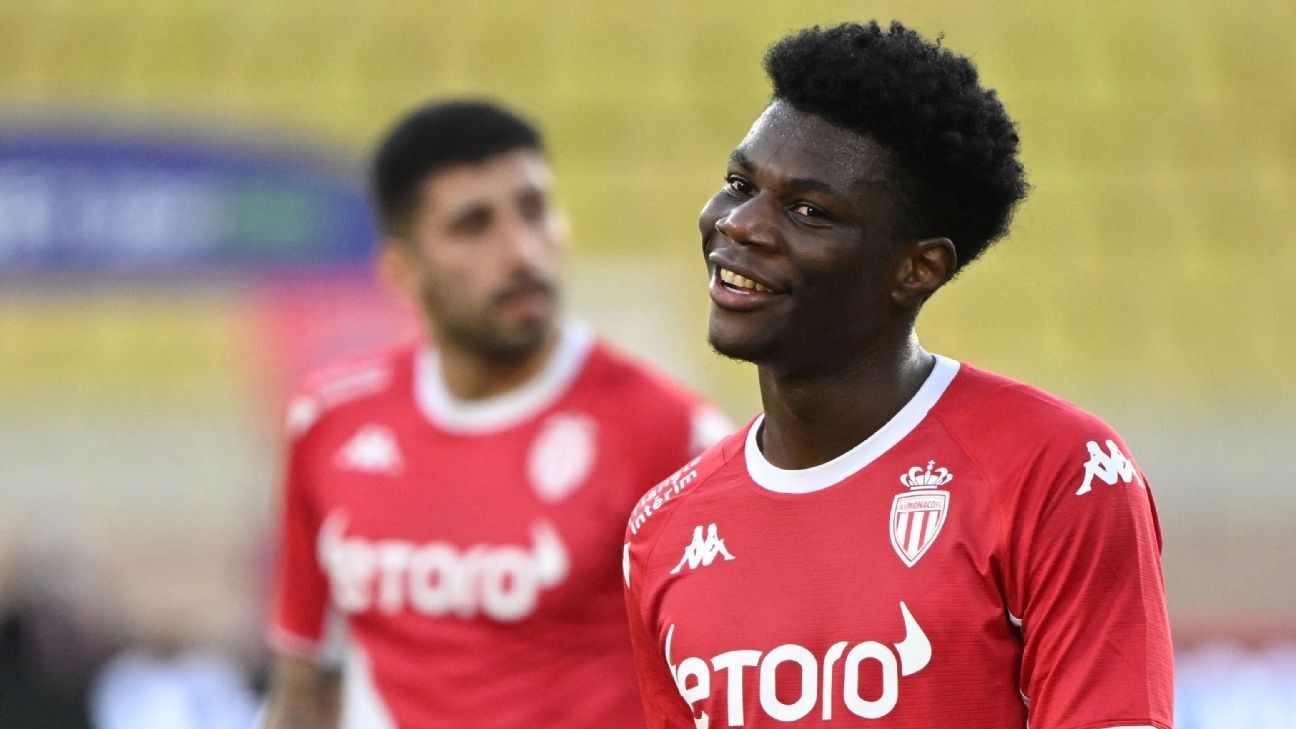 Chelsea are leading Manchester United in the race to sign Monaco wonderkid Aurelien Tchouameni, according to the Sun.

The 21-year-old Frenchman is being linked with a £50 million move to west London and is seen by many not only as the long-term replacement for compatriot N'Golo Kante, but also as the potential future fulcrum of the whole Blues midfield.

Tchouameni is also wanted by Man United, though there are murmurings that the Red Devils have cooled their interest as they look to pursue other targets. However, the Ligue 1 Young Player of the Year for 2020-21 remains in-demand and is also interesting Barcelona.

Tchouameni can play in front of the defence, like Kante, but he can also offer more of an attacking threat too.

The midfielder has continued his fine form from last season into 2022, and he is a regular at the heart of Philippe Clement's side.

However, Monaco run the risk of failing to qualify for European football next season, which could mean he decides to cut his losses and make a move in January to join a club with guaranteed action on Europe's biggest stage.

Monaco's Aurelien Tchouameni has reportedly been identified as the man to succeed N'Golo Kante at Chelsea. NICOLAS TUCAT/AFPPAPER GOSSIP

- Manchester United are one of several Premier League clubs monitoring Aberdeen wonderkid Calvin Ramsey, according to the Mirror. The Reds are believed to have sent scouts to watch the coveted star play against Rangers in Tuesday's 1-1 draw at Pittodrie. The 18-year-old right-back has been a shining light for Aberdeen this season, providing four assists in 12 appearances from the flank. The other clubs interested in Ramsey's talents include Tottenham Hotspur, Leicester City, Southampton and Leeds United.

- Barcelona are looking to fend off interest in Gavi from Liverpool and Manchester City, according to Sport. The Spaniards have begun negotiations with the 17-year-old's representatives later than planned after having been delayed by the arrival of Ferran Torres earlier in the month, but it's hoped they can convince the talented youngster -- Barcelona's third youngest goal-scorer in their history -- to agree to an extension to his existing contract.

- Leeds are preparing a second bid for United States forward Brenden Aaronson after Red Bull Salzburg rebuffed their original offer of £15m, reports the Mirror. Salzburg are keen to hold on to the forward who has scored three goals and added seven assists for the reigning Austrian champions. However, Leeds refuse to give up on him, and believe the 21-year-old, who has also scored twice for the USMNT during World Cup qualifying, has huge potential. Leeds are confident they can land Aaronson, known as the "Medford Messi," in January.

- Lille's talented youngster Rocco Ascone is attracting interest from the top clubs in both Italy and France, according to Fabrizio Romano. The 18-year-old midfielder has been in and out of Lille's first team since he was 17 but he believes he might be able to get more game time by leaving the club. Lille aren't prepared to let their star leave permanently, though, and if he is to leave in January, expect it to be on loan.

- AC Milan's search for a centre-back continues, and Fabrizio Romano says that the Italians are only interested in a loan move. With that in mind, he believes the Rossoneri are targeting Manchester United's Eric Bailly and Paris Saint-Germain's Abdou Diallo, though no fresh contacts have been made. Tottenham Hotspur's Japhet Tanganga is also at the top of their wanted list, but Spurs are said to be unwilling to let the 22-year-old leave before next week.