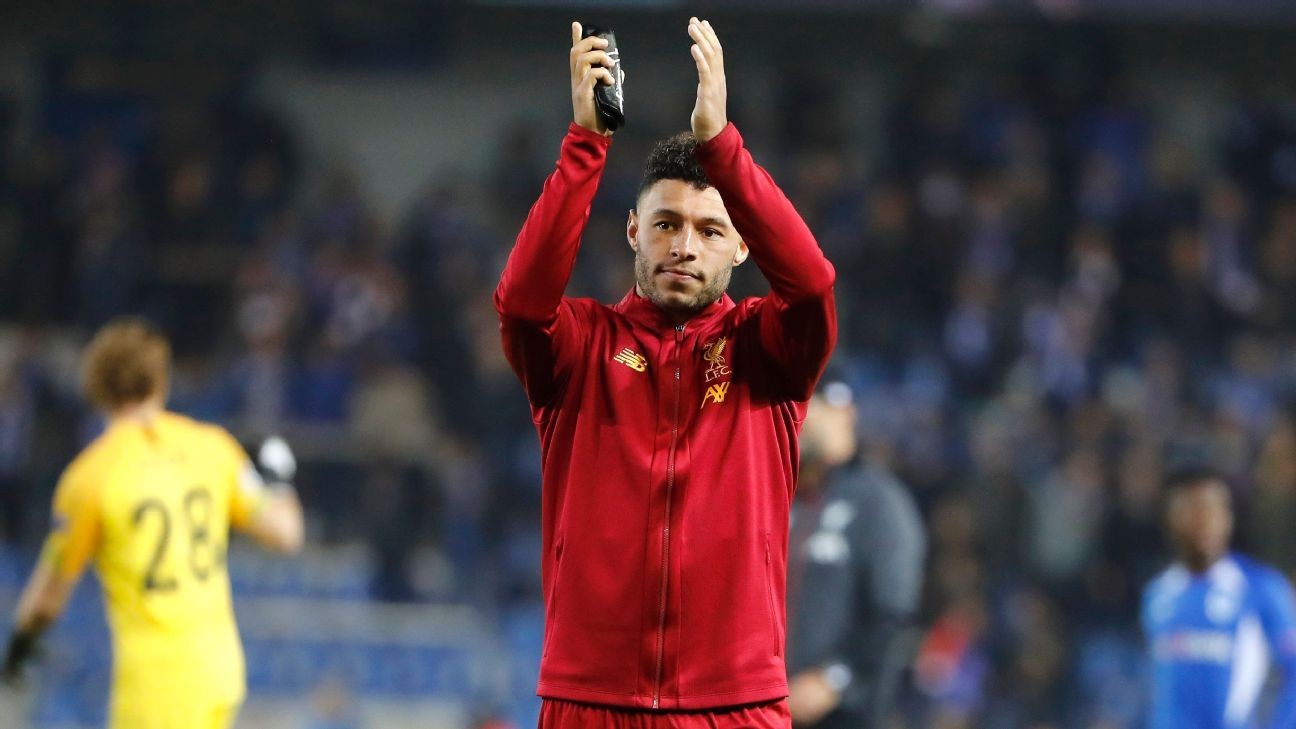 The coronavirus pandemic has made the transfer market uncertain -- and you can find out when the windows open and close here -- but here are the rumours floating around Europe's big leagues and beyond. Plus, check out all the latest major completed transfers across Europe.

No sooner had the two clubs completed the buying and selling of Diogo Jota to Liverpool and Ki-Jana Hoever to Wolverhampton Wanderers, the two sets of officials were back at the negotiating table, according to the Mirror.

This time, they were discussing the future of England international Alex Oxlade-Chamberlain.

The 27-year-old midfielder will no doubt have slipped down the pecking order at Anfield following the arrival of Thiago Alcantara from Bayern Munich, and Wolves are looking to complete an audacious move the former Southampton and Arsenal man.

Oxlade-Chamberlain made 30 appearances for Liverpool last season but struggled to hold down a place in the first team, which is why he could be tempted by a move.

And Wolves will feel they're striking at the right time after the two clubs recently successfully came together to do business.

Liverpool would be looking to recoup the £25 million they paid Arsenal for his services in 2017.

Talks between Liverpool and Wolves are not over yet, with Alex Oxlade-Chamberlain reportedly the latest player ready to switch clubs. Photo by Jan De Meuleneir / Photonews via Getty ImagesValencia keen to make Romero their No. 1

Valencia are hoping to sign Sergio Romero from Manchester United, reports the Mirror.

The Spanish side have made contact with United officials and are seemingly willing to pay a fee of £6m for the 33-year-old Argentina custodian.

Romero has fallen down the pecking order at Old Trafford following the return of Dean Henderson from Sheffield United, and he is now keen to get more first-team football under his belt elsewhere.

Romero has played understudy to David De Gea for five years since his move to Manchester from Sampdoria in 2015 and now, with Henderson also pushing for a first-team spot, he has been pushed back to third in line for the keeper's position. After having played just seven league games in that time, Romero is now looking for the chance to be a No. 1.

Arturo Vidal is returning to Serie A, with the Chile international undergoing a medical at Internazionale, reports Italian journalist Gianluca di Marzio.

Vidal has been waiting patiently to be able to travel to Italy and now that a deal has been agreed between Barcelona and Inter, and with Inter also seemingly having sold Diego Godin to Cagliari to free up some budget for Vidal's wages, the player will now undergo a medical ahead of his move to the San Siro.

Di Marzio suggests that a verbal agreement has been reached and that Vidal could be announced as early as Sunday, or Monday at the latest.

The two-year deal is believed to be for €1m in advance plus bonuses.

Antonio Conte is a huge fan of Vidal's and now, a year after trying to sign him, he finally lands his man. Vidal will bring huge experience to the Inter midfield, including four Serie A title wins with Juventus.

- Lyon are trying to sign one of either Hamari Traore and Brandon Soppy from Rennes, reports L'Equipe. The French side are in the market for a new right-back following the departures of Rafael, Pierre Kalulu and Kenny Tete, and so Traore or Soppy could provide excellent competition with Leo Dubois in that area. Traore, 28, is the preferred option.

- The Mirror says Barcelona are still keen to sign Georginio Wijnaldum from Liverpool, but it appears as though their plans have been blocked by La Liga. Liverpool midfielder Wijnaldum is Ronald Koeman's top priority but the club's worrying financial situation means they may have to shelve any aspirations they have of capturing the 29-year-old. Barcelona's wage bill is believed to be a staggering £510m a year and so they will have to sell first before they can lodge a bid for the Dutchman.