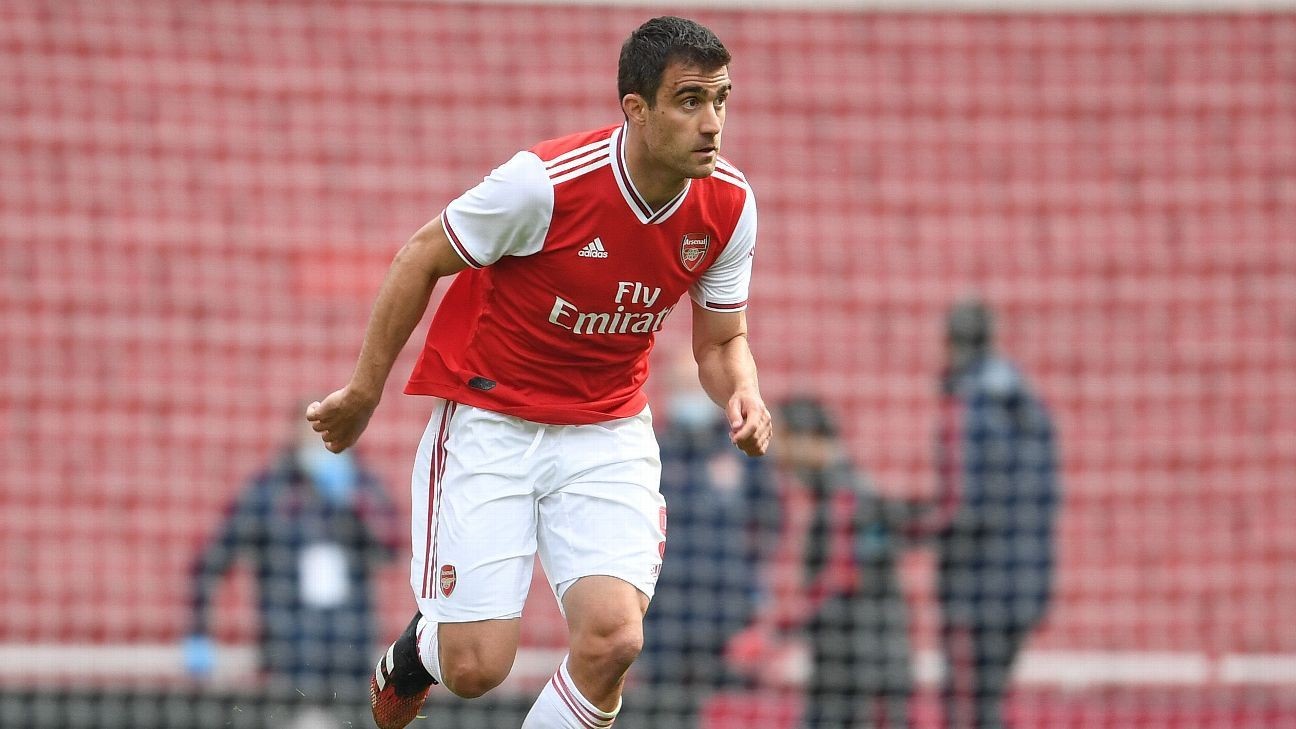 The coronavirus pandemic has made the transfer market uncertain -- you can find out when the windows open and close here -- but here are the rumours floating around Europe's big leagues and beyond. Plus, check out all the latest major completed transfers across Europe.

Arsenal's Sokratis to Napoli if Koulibaly heads to City

Arsenal defender Sokratis Papastathopoulos could be on his way to Napoli, according to Corriere dello Sport, but only if Kalidou Koulibaly leaves for pastures new.

Gunners defender Papastathopoulos is thought to have an agreement in place with the Italian club, but the deal is dependent on Koulibaly's next move.

The in-demand Frenchman has been courted by Manchester City all summer but the Premier League side have yet to meet Napoli's asking price. Koulibaly's agent is believed to be acting as a mediator in an effort to get the transfer over the line, but that leaves Papastathopoulos in limbo.

The 32-year-old is aware of the situation and is talking to Arsenal bosses in the meantime, though he's keen for the Gunners to let him go on a free transfer despite having one year left on his contract.

However, should Koulibaly leave for City, Arsenal will no doubt want to recoup some of the £17.6 million they spent on Papastathopoulos in 2018.

Arsenal defender Sokratis may be heading to Napoli. Stuart MacFarlane/Arsenal FC via Getty ImagesPedri, Alena next to depart Camp Nou

The Barcelona clear-out continues and tonight it looks as though Riqui Puig, Carles Alena and Pedri are the next players to exit the club, according to Sport.

Ronald Koeman has made it clear which players he would like to keep and those he believes need to find new clubs.

And unfortunately for Alena and Pedri, with Puig already having been told he has no future under the Dutchman, Koeman doesn't feel either player is ready to play every week. Instead, Koeman is keen to let them to find new clubs in an effort to get the experience he feels they need, whether on loan or in permanent deals.

Both players are considered to have huge potential, but with Barca looking to raise some much needed transfer funds before the end of the transfer window, the club is looking to streamline the squad before making their own new additions.

Both players would like to fight for their places, but that appears to be unlikely.

play1:02Burley: I feel sorry for Kepa

Mendy move to Chelsea all but set

Following Saturday's rumours that Chelsea had agreed a deal to bring goalkeeper Edouard Mendy to Stamford Bridge, it is now being reported that the Blues are hoping to unveil Mendy this week hot on the heels of Kepa Arrizabalaga's horror show against Liverpool on Sunday afternoon.

Italian journalist Fabrizio Romano is reporting that a deal is done between the Blues and French club Rennes, and that the move will be announced before Chelsea's next league game at the weekend.

Frank Lampard will be eager to get Mendy into the club following another disappointing performance from Arrizabalaga. The Spaniard failed to clear his lines in Chelsea's 2-0 defeat against Liverpool at Stamford Bridge, and instead gifted the ball to Sadio Mane, who netted his second of the game.

Arrizabalaga has failed to settle in west London and Lampard was increasingly looking to use Willy Caballero between the sticks, and is now keen to secure a long-term replacement.

- Liverpool are planning a clear out before the end of the transfer window and Rhian Brewster could lead the way, with the young forward set to join Crystal Palace, according to The Sun. Brewster has been a target for a number of clubs including Sheffield United and West Bromwich Albion, but it looks as though Liverpool are willing to do business with Palace, though they're keen to insert a buy-back option and a sell-on clause into the contract. Liverpool are also looking to allow Divock Origi, Marko Grucic and Harry Wilson to leave.

- Rennes and Napoli have made contact with Barcelona over the future of Jean-Clair Todibo, according to Footmercato. The 20-year-old central defender is not part of Ronald Koeman's plans and Barca are looking to raise some much-needed income by moving him and others off the wage bill. Marseille had expressed interest in Todibo at the start of the transfer window but it looks as though Ligue 1 side Rennes, who are desperate to land a defender, could lead the way. Barca were hoping to get €25m for their man.