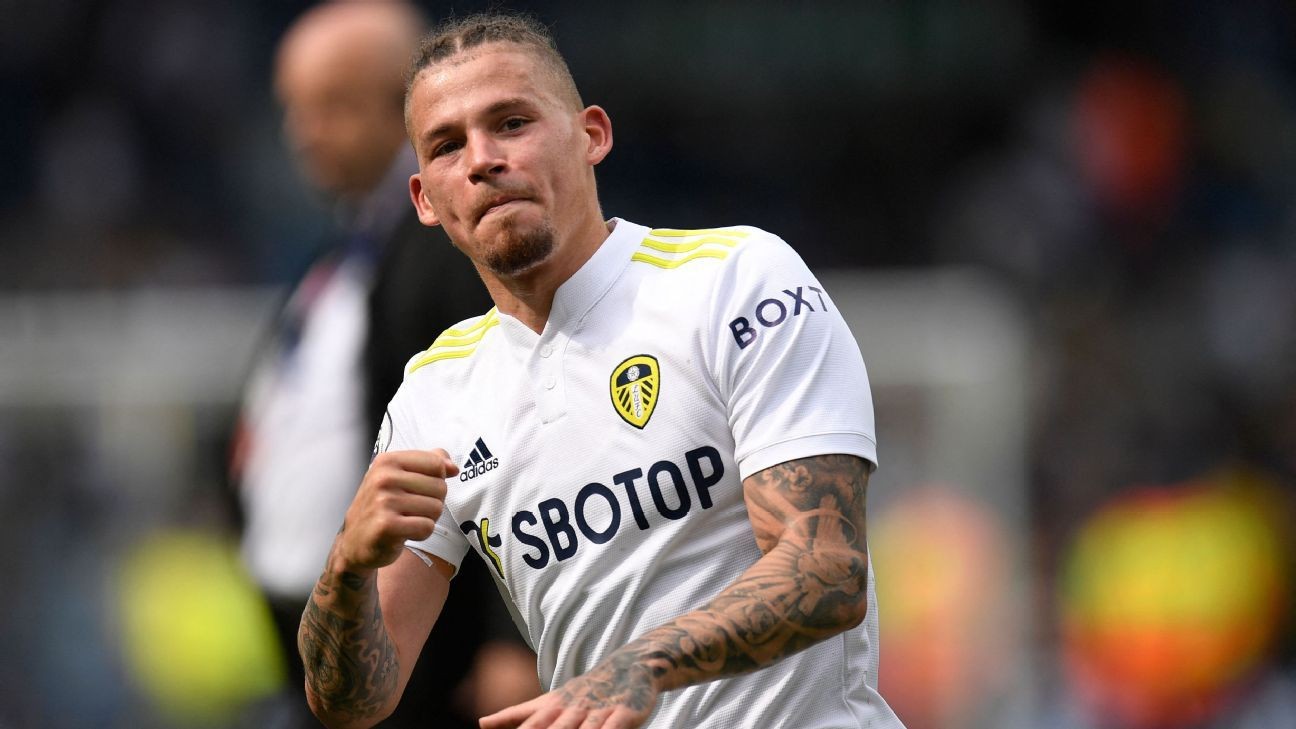 TOP STORY: Phillips to Man City if Leeds go down

Phillips is expected to leave his boyhood club this summer if they are relegated, with Jesse Marsch's side currently sitting one point outside the bottom three.

There is plenty of interest in the England international with Liverpool also looking at him for a deal potentially set to be worth £60 million.

However, Phillips has already told those close him that he has no intention of joining the Red Devils due to the intense and historic rivalry they have with Leeds.

While reluctant to leave the club he has supported since being a young boy, it also understood that Phillips could triple his wages and would find the prospect of working with Guardiola too hard to turn down.

On Wednesday, sources told ESPN that Man City, who have already signed Erling Haaland, want to bring in new reinforcements -- including a midfielder and a full-back -- during the summer window. Pep Guardiola is also interested in Declan Rice but reportedly feels a transfer for the West Ham United star could be too expensive.

Real Madrid and Paris Saint-Germain are also said to have enquired about Phillips, but he would prefer to stay in the Premier League.

- Sky Sports Deutschland have reported that Bayern Munich have had a first meeting with the representatives of Stuttgart striker Sasa Kalajdzic. An agreement hasn't been reached yet but Bayern are doing all they can to bring him in, with Stuttgart willing to let the frontman leave for around €20m to €25m, with his contract set to end in 2023.

- Discussions between Barcelona and Chelsea left-back Marcos Alonso are at an advanced stage, according to Fabrizio Romano, who adds that the 31-year-old wants to return to Spain. The deal will rest on how much Chelsea want for his transfer, as Barcelona aren't willing to spend a large fee on somebody whose contract ends in 2023.

- Barcelona will begin work on a deal to sign Endrick from Palmeiras in the coming days, with the Brazilian forward turning 16 in July, reports Diario Sport. It is expected that he would continue to play for Palmeiras until 2024, when he would be 18 years old, but the Blaugrana don't want to risk missing out on signing him. Real Madrid have also been linked.

- Calciomercato have reported that Lazio are negotiating with AC Milan centre-back Alessio Romagnoli, who will be a free agent in the summer. The talks have been ongoing since February and Lazio boss Maurizio Sarri has made Romagnoli a priority, with the defender wanting to play for the Rome side.

- Lazio aren't stopping there, as Sky Sports Italia have suggested they are close to agreeing a deal for Shakhtar Donetsk midfielder Marcos Antonio that would be worth €8m. While a contract hasn't been signed yet, there has been a verbal agreement between the two parties. Lazio see Antonio as somebody they can play immediately but also develop for the future.