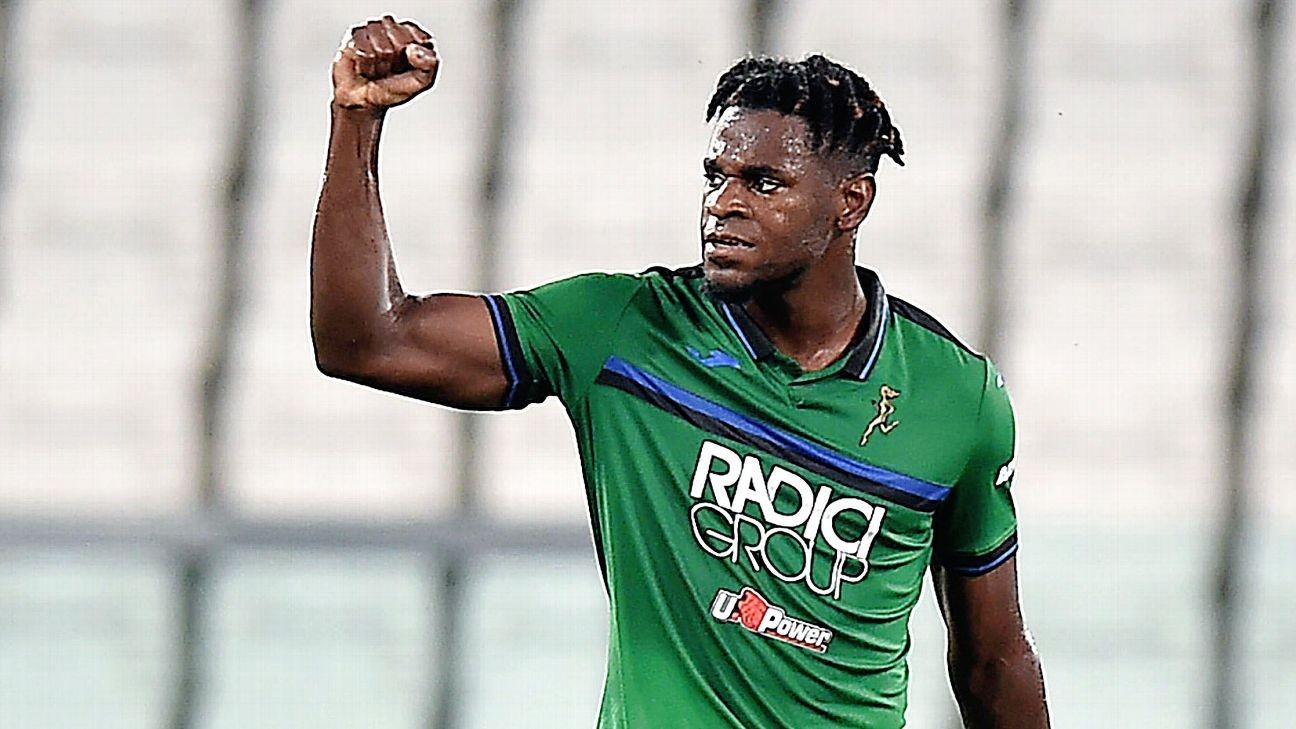 Calciomercato claims new Juventus boss Andrea Pirlo has identified Atalanta striker Duvan Zapata as one of his main transfer targets, as the Serie A champions look to rebuild following an underwhelming season in Europe.

The 29-year-old Zapata has had an excellent season in front of the net, notching 18 goals and providing a further seven assists in just 28 appearances in all competitions, including two strikes in his side's excellent Champions League campaign.

That form hasn't gone unnoticed by Pirlo, who is hoping to lure the Colombian to Turin for a fee of around €30m.

Interest in a number of Atalanta players is expected over the coming weeks, following their run to the quarterfinals of the Champions League, where they were denied a place in the semis in cruel fashion via a late comeback from Paris Saint-Germain in midweek.

Real Madrid are set to dramatically lower their asking prices for wantaway pair Gareth Bale and James Rodriguez, according to reports at Sport.

Boss Zinedine Zidane is particularly keen to dispose of Welshman Bale, who continues to be ostracized from the playing squad amid a backdrop of unusual behavior from the 31-year-old, as he watched on from the stands while his side secured the La Liga title last month.

Reports in Spain claim that a fee of just €17 million would be enough to prize the former Spurs man away from the Bernabeu, as long as the buyer can compete with the £600,000 a week wages he currently picks up with Los Blancos.

Rodriguez, meanwhile, is available for a cut-price €8.5m, and the 29-year-old has reportedly attracted interest from clubs in Serie A and the Premier League.

Napoli are preparing for the departures of two of their key players, with Jose Callejon and Allan set to leave the club in the coming days, and Gazzetta dello Sport claims Gennaro Gattuso's side have lined up moves for Roma's Cengiz Under and Jordan Veretout of Fiorentina as their replacements.

Callejon, 33, is departing Naples on a free transfer following the expiry of his contract, while midfielder Allan is close to securing a move to Carlo Ancelotti's Everton in a deal worth around €25m. A chunk of that fee is set to be spent on Frenchman Veretout, who enjoyed a successful loan spell in Rome during the 2019-20 season, making 37 appearances in all competitions

Turkey international Under, meanwhile, is considered Napoli's No. 1 target, and they haven't been put off by Roma's €30m asking price.

- New Monaco boss Niko Kovac has told a dozen of his players to find new clubs by the end of the summer transfer window at the start of October, according to L'Equipe. The most high-profile casualties look set to be Brazilian centre-back Jemerson, and winger Keita Balde, who scored just four league goals in the 2019-20 season.

- Sky Sports claims Ligue 2 side Amiens have made a loan move for Celtic outcast Boli Bolingoli. The Belgian recently broke coronavirus rules in Scotland following his side's win over Hamilton on Aug. 2, with boss Neil Lennon saying it would be "very difficult" to reintegrate the player into his squad as a result.

- Championship side Stoke City have reportedly slashed the asking price for their England international goalkeeper Jack Butland. Sky Sports claims the Potters were looking for at least £30m for the 27-year-old last year, but as the stopper enters the final 12 months of his contract, the price has now been dropped to around £10m.