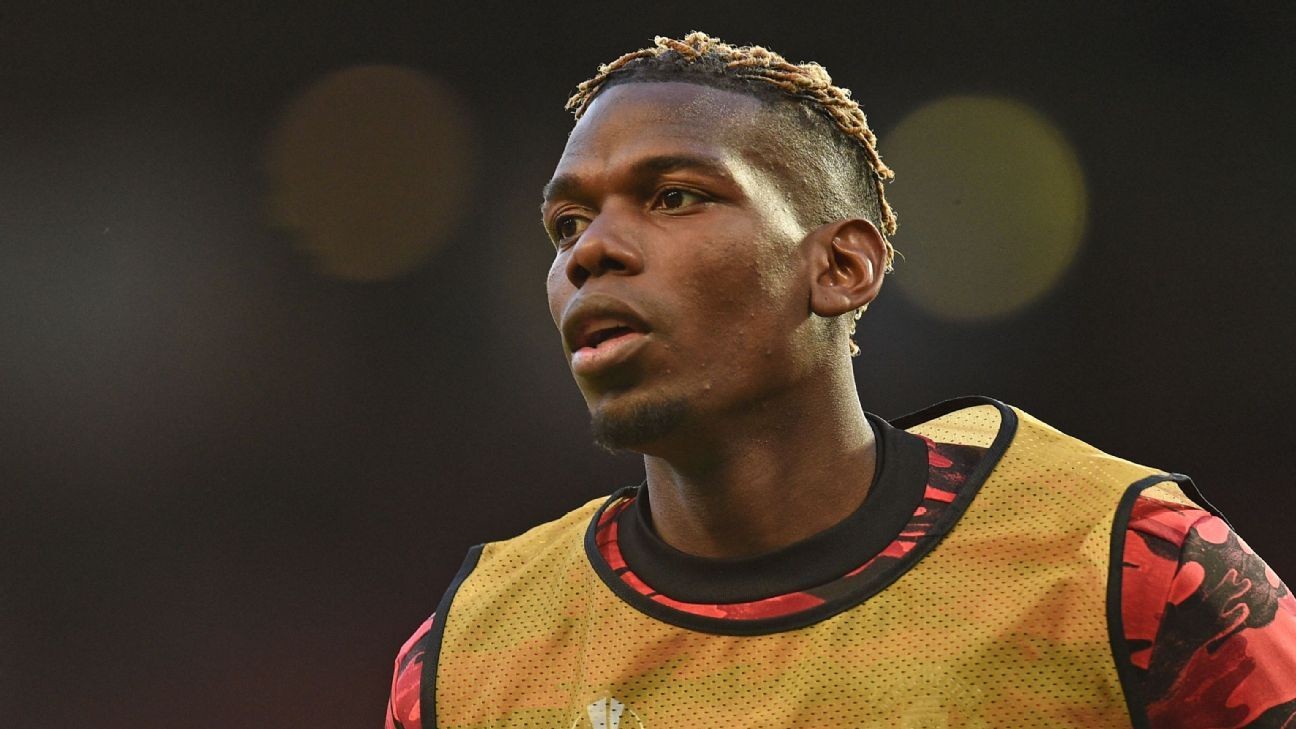 French midfielder Paul Pogba has told Manchester United that he wants £500,000-per-week if he is going to stay at Old Trafford, according to the Daily Star.

The 28-year-old's current contract comes to an end in the summer of 2022, so decisions will need to be made this year, with United not wanting to lose the World Cup winner for free.

However, negotiations will likely be far from simple, as Pogba's agent, Mino Raiola, has told United that the aforementioned sum is what's required to persuade his client to stay.

United aren't the only club he has relayed that message to, though, as Raiola has also outlined the demands to Real Madrid, Paris Saint-Germain and Juventus -- clubs who have been widely linked with the midfielder for some time now.

Pogba has been in fine form recently, but it is still reported as unlikely that the Red Devils will be willing to offer him the sum that would make him the highest-paid player in club history.

The report says that PSG are the only club capable of getting near that figure while also having to pay a fee to United -- so Pogba may choose to wait a year and walk away from Old Trafford for free.

- AC Milan are hoping to bring in Atalanta duo Josip Ilicic and Matteo Pessina during the summer transfer window, reports Calciomercato. It is suggested that they are hoping to pay between €4m and €8m for Slovenia international Ilicic, who is reportedly keen on joining them. Meanwhile, it is suggested that Pessina, who used to represent Milan, would cost €25m, but the Rossoneri would get 50% of any deal involving the 23-year-old, so would essentially get him for half-price.

- Manchester United currently lead the race to sign 18-year-old Metz midfielder Pape Sarr, but face competition from around Europe, reports the Sun. The Senegalese starlet had been linked with Nice, but it is suggested that he already has his eyes set on joining a larger club than that, despite his tender age.

- Alassane Plea is ready to leave Borussia Monchengladbach, reports the Daily Mail, and the Bundesliga outfit are believed to be willing to let the forward go in order to raise funds. Arsenal, Leicester City and West Ham United are said to have shown interest in Plea in the past, while unnamed clubs from Germany, England and Italy are all reportedly aiming to sign the 28-year-old.

- Liverpool midfielder Georginio Wijnaldum has doubled down on his desire to join Barcelona, as he wants to play with Lionel Messi and Memphis Depay, according to the Mirror. The Catalan giants are targeting free transfers in the summer window, with the Dutch pair Wijnaldum and Depay's deals at Liverpool and Lyon respectively coming to an end in the summer, and Barcelona are aiming to bring both players in.

- Adama Traore may have been impressive in recent times, but Football Insider are suggesting that the winger departing Wolverhampton Wanderers is seen as a priority for the club this summer. That is because they feel that the £30m they're aiming to bring in from any deal would help the recruitment drive Nuno Espírito Santo has planned.