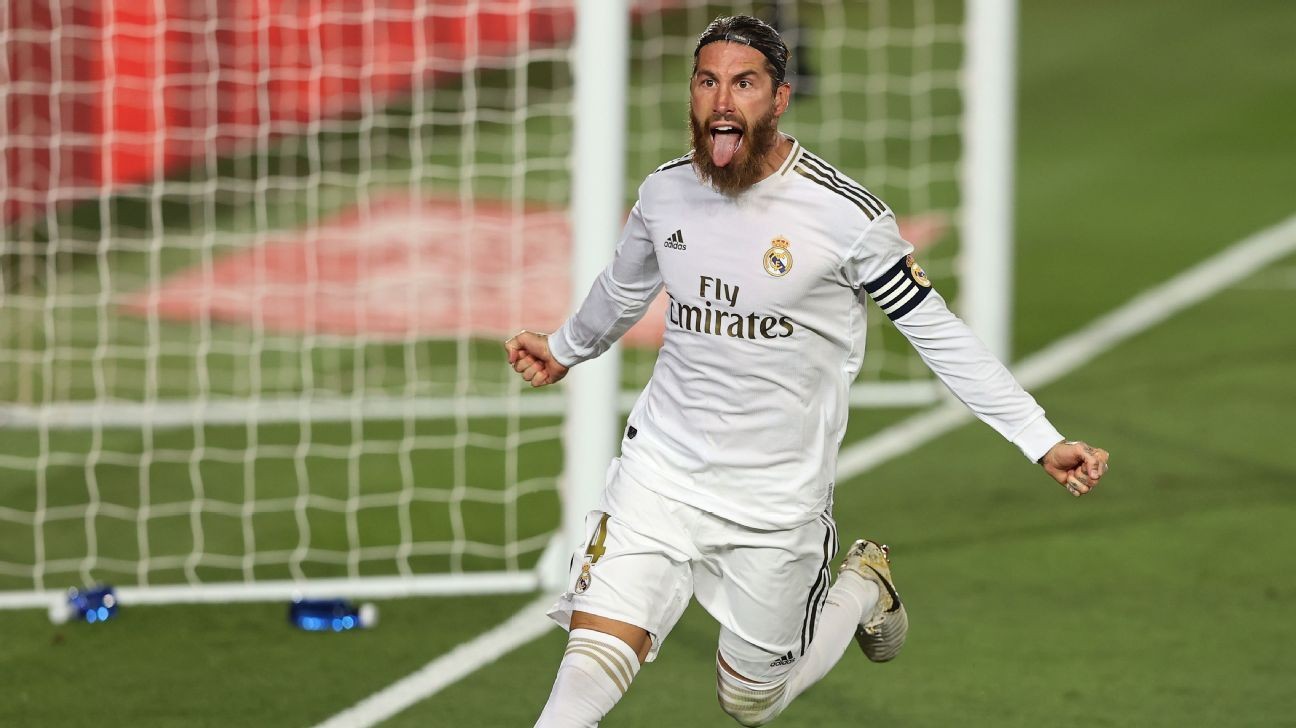 Paris Saint-Germain and Juventus may be interested in signing Sergio Ramos, as reported by Fabrizio Romano on his Here We Go podcast.

The defender's current contract with Real Madrid comes to an end in 2021, which could leave him free to leave if it is not renewed.

This is said to have tempted PSG and Juve into trying to bring in the Spain international, who is still widely considered among the world's best defenders.

Their efforts may come to nothing though, as both Real and Ramos are interested in renewing his deal.

Also on the Here We Go podcast, Romano has suggested that Manchester City are monitoring Villarreal centre-back Pau Torres.

The Premier League runners-up signed Nathan Ake and Ruben Dias, from Bournemouth and Benfica respectively, in the most recent transfer window.

However, it seems as though City boss Pep Guardiola still isn't completely happy with his options at the heart of his defence, despite spending over £400 million on defensive reinforcements since arriving at the Etihad in 2016.

Therefore, City may be about to spend yet more money on the problem position to bring in the 23-year-old.

Kepa Arrizabalaga isn't exactly the happiest or most popular player at Chelsea at the moment.

The 26-year-old now seems to be battling with Willy Caballero to be second-choice, following the arrival of Edouard Mendy.

However, Sevilla may be set to give him a temporary route out of Stamford Bridge in January, according to Estadio Deportivo.

It is suggested that the Blues may be willing to loan him out in the winter, with Sevilla's director of football Monchi interested to see how things develop.

However, it is suggested they would not be willing to pay all of his wages, while Chelsea would need to severely lower their expectations regarding the fee if a permanent move is ever to happen.

- Barcelona tried to loan out Matheus Fernandes in the recent transfer window, according to Sport. It seems clear that head coach Ronald Koeman has little time for the midfielder, as he has called Barcelona B players into the first-team set up ahead of him. While the Brazilian remains at the club, it is hard to see where things go from here.

- Burnley, Watford and Swansea City are interested in free agent Fabio Borini, according to Gazzetta dello Sport. The Italian has been available since leaving Hellas Verona at the end of last season and has been training on his own in Liverpool. He claims to have had offers in Italy, but had a desire to return to England, where he has previously represented the likes of Chelsea and Liverpool.