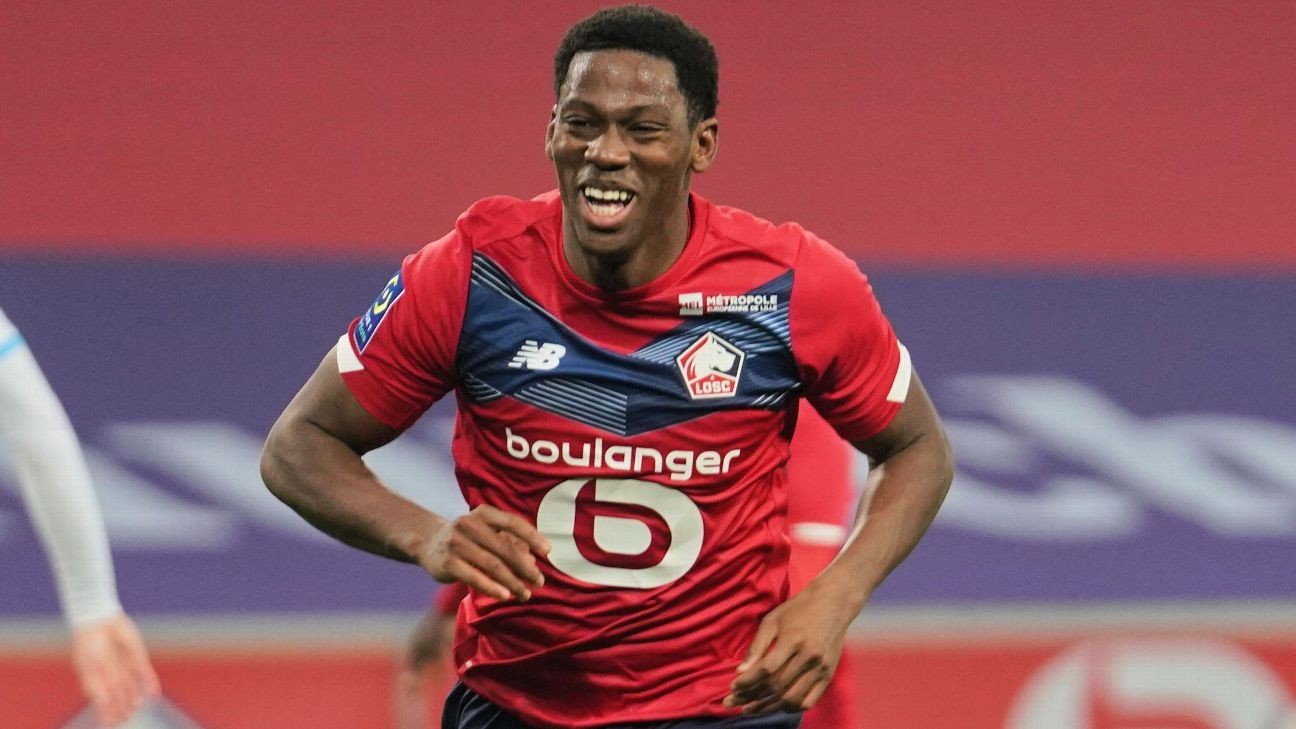 The 22-year-old has been linked with a number of top European clubs, with Les Parisiens said to be the latest. David could join an elite frontline that includes Lionel Messi, Kylian Mbappe, Angel Di Maria and Mauro Icardi.

The Canada international has impressed at Lille, winning the Ligue 1 title at the club last season against all the odds, given the strength of the PSG side. This season, he has continued his fine form, almost matching last season's goal tally already. Last season, David netted a total of 13 goals in Ligue 1 in 37 appearances, whilst this season so far, he has scored 12 goals in 21 appearances.

He could be a key figure come the end of the month, given the nation's crunch match with the United States in World Cup qualifying. Canada currently sits top of the CONCACAF standings, with the U.S. and Mexico just behind in second and third.

Jonathan David is among the best scorers in Ligue 1. Sylvain Lefevre/Getty Images

- Newcastle United have joined the race to land Olympiakos star Pape Abou Cisse, says The Sun. The 26-year-old has impressed for club and country, currently performing well in the Africa Cup of Nations for Senegal. He has previously been linked with other Premier League clubs, with Arsenal, Everton, Leicester City and Liverpool also said to be monitoring the defender.

- Aston Villa and West Ham United are in a battle to sign Burnley defender James Tarkowski, according to Ekrem Konur. The former England international is out of contract with the Clarets in the summer, with a new deal not looking any closer. The Hammers have been linked with a number of defenders, with Angelo Ogbonna set to miss the majority of the season.

- AS Roma are interested in Lazio defender Luiz Felipe, according to Calciomercato. The Serie A centre-back could leave to join a league rival come the end of the season, with his current deal expiring. Roma boss Jose Mourinho is said to be very keen on a move for the Brazilian, looking to bolster his current backline.

- Julian Alvarez has agreed personal terms with Manchester City over a potential transfer, says journalist Nicolo Schira. The 21-year-old has been linked with a move away from River Plate, with a reported release clause of $25 million in his current contract. However, Schira claims that Pep Guardiola's side have offered lower than that, at $21m.

- Tottenham Hotspur have agreed a transfer offer with Wolverhampton Wanderers for winger Adama Traore, reports Football Insider. Antonio Conte is believed to be very keen on signing the Spain international and to utilize him as a wing-back, similar to how he used Victor Moses at Chelsea. The report claims that Wolves value Traore at £22.75m, with 18 months left on his current contract. Spurs are said to have met that after breakthrough talks.