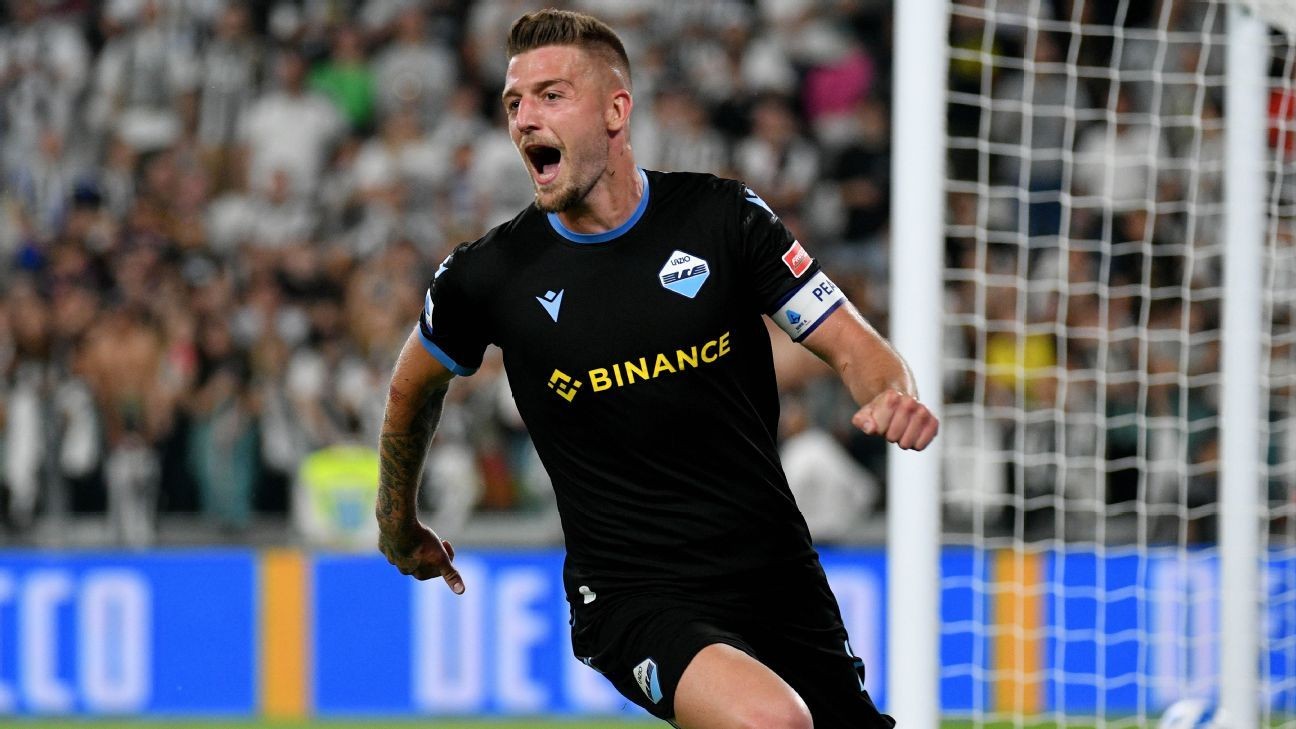 Paris Saint-Germain, Real Madrid, and Manchester United are interested in landing Sergej Milinkovic-Savic in the summer, according to Calciomercato.

The 27-year-old midfielder has long been a standout performer for Lazio in Serie A, and after missing out on Champions League qualification this season, he could now be about to leave the Stadio Olimpico.

The Biancocelesti are looking for a fee in the region of €80 million, and it is understood that they believe that their demands can only be met from a club outside of Italy, with three currently at the front of the queue for his services.

Having produced a perfect split of 11 goals and 11 assists in 36 league matches, the Serbia international has found the best form of his career so far. But while that has helped Lazio almost certainly secure fifth place, it has also alerted clubs across Europe, who could finally make their move for the highly-rated midfield star.

- Sven Botman has been heavily linked with AC Milan in recent months, but Football Insider reveals that Manchester United could swoop in for the Lille centre-back. The 25-year-old is currently available for a fee of around £25m, but despite it looking like the Serie A side were going to acquire him uncontested, the latest indicates the Old Trafford hierarchy are now considering making him the first defensive reinforcement of Erik ten Hag's era.

- Juventus have made the first move for Paul Pogba, with reports the 29-year-old midfielder has been offered a three-year deal to return to the Bianconeri, writes Goal. The Manchester United star's representatives met with the Serie A side on Monday, and despite suggestions that the France international was not discussed, the latest reports indicate that he has received an official offer worth €7.5m-per-season. Pogba is set to leave Old Trafford in June as a free agent.

- Tottenham Hotspur are keen on Rennes forward Martin Terrier, Foot Mercato understands. The 25-year-old's form in Ligue 1 has seen him produce 24 goals in 36 appearances, and it is revealed that Antonio Conte's have begun to keep tabs on him, with hopes of reinforcing their forward line. Spurs have also been reported to be looking to activate the purchase option on the loan deal of Dejan Kulusevski from Juventus.

- Arsenal could face competition from Brentford for the signature of Bologna's Aaron Hickey, according to the Daily Mail. The 19-year-old wingback has impressed this season, having won the club's Golden Boy award in his first professional campaign. The Bees could make a move as soon as the transfer window reopens, in a bid to beat Mikel Arteta's side in the race.

- Atletico Madrid have prepared a €15m bid for Fenerbahce star Miguel Crespo, reports Ekrem Konur. The 25-year-old midfielder joined the club from Portuguese side Estoril last summer, and he has since made 22 appearances for the Istanbul side while contributing to three goals. He has previously been linked with Premier League side Everton.