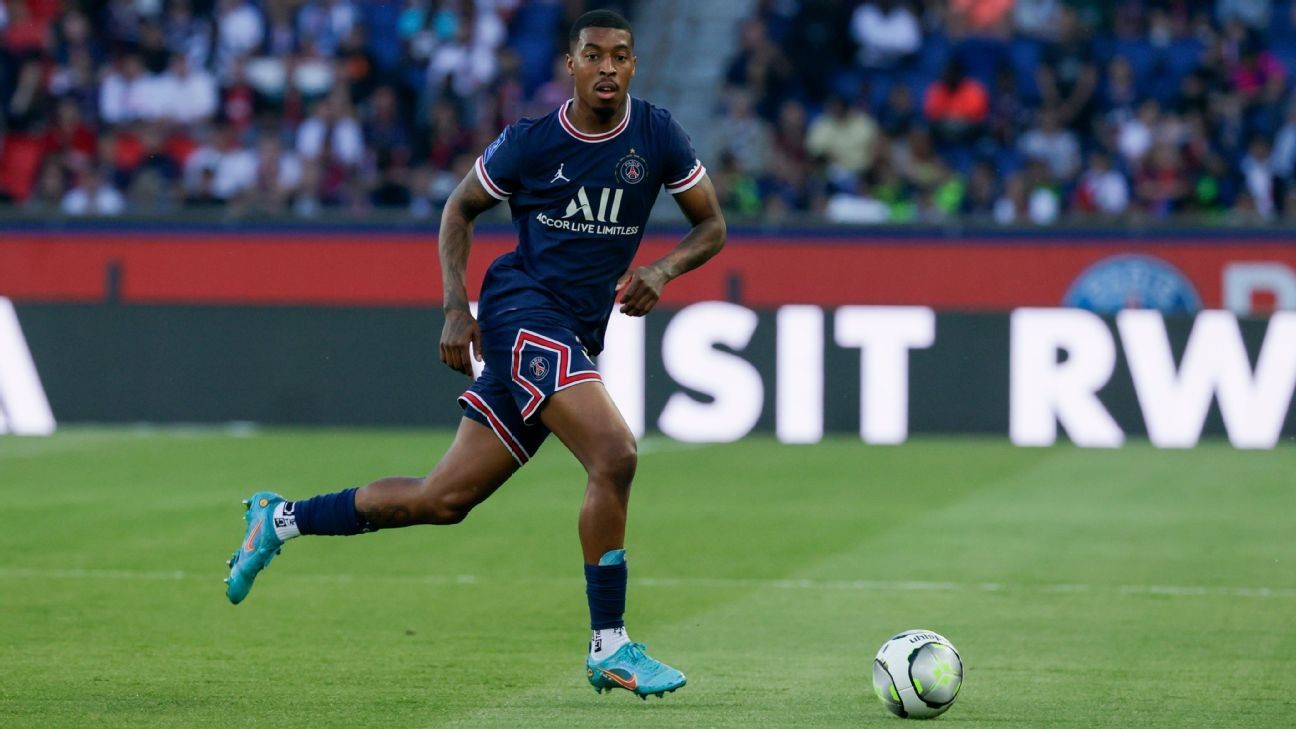 Paris Saint-Germain are set to demand €50 million if they are to transfer Presnel Kimpembe this summer, reveals Foot Mercato.

Is big spending back? What we can expect from the transfer window15dTor-Kristian KarlsenTransfer window preview: Our guide to the biggest deals9dESPNTransfer grades for July 1 deals: Bayern an A for Mane9hJon Molyneux-Carter

The Ligue 1 side are willing to move on the 26-year-old centre-back who came through the clubs academy before making his professional debut for PSG in 2015, and it is reported that there is interest from both Juventus and Chelsea.

Kimpembe has remained a key player in recent seasons, having made 30 appearances in Ligue 1 last season, while he is also a regular in the France national team. He could be open to a Premier League switch to Stamford Bridge, where Thomas Tuchel is looking to reinforce a defensive line that has lost Andreas Christensen and Antonio Rudiger, while there is also uncertainty over whether Cesar Azpilicueta will remain in London.

And amid speculation that the Bianconeri could part ways with Matthijs de Ligt, Kimpembe could now be seen as his successor if the Allianz Stadium hierarchy are open to start negotiations at PSG's starting price point.

PSG's Presnel Kimpembe is on the radars of Juventus and Chelsea. Catherine Steenkeste/Getty Images

- PSG are looking to push through a move for Internazionale defender Milan Skriniar, according to Gianluca Di Marzio. The two clubs have been locked in talks in recent weeks, with PSG having identified the 27-year-old Slovakia international centre-back as a key target this summer.

- Sergio Romero is keen on a return to Old Trafford, reports Manchester Evening News. Despite leaving Manchester United last year, it is understood that the 35-year-old Venezia goalkeeper is interested in returning to the club as a back-up goalkeeper to David de Gea. Erik ten Hag is currently looking for an alternative option with Dean Henderson moving closer to a loan switch to Nottingham Forest.

- AC Milan are interested in landing Neymar, according to UOL Esporte. Amid reports that PSG would be prepared to allow the Brazil international to leave on loan if they cannot reach an agreement over a permanent move, the Rossoneri are hopeful that the Parc des Princes hierarchy would be willing to offer them a 'goodwill' deal to make the move possible. The 30-year-old forward contributed to 19 goals in 22 Ligue 1 games last season.

- Nice are on the lookout for a goalkeeper this summer, and they are looking to see whether they can secure a move for Borussia Monchengladbach star Yann Sommer, reveals Gianluca Di Marzio. The 33-year-old Switzerland international is reported to be on the top of the Ligue 1 club's shortlist, and it looks as though they will look to take advantage of his contract situation, with just one year remaining on his current deal that he signed back in 2019.

- Arturo Vidal has received a formal contract offer from Boca Juniors, according to TYC Sports. The Argentina-based outlet reports that he has been offered a three-year deal that starts with an initial 18 months before an option clause provides the possibility of extending it to three years. The 35-year-old midfielder became a free agent after his contract expired with Inter on Thursday.