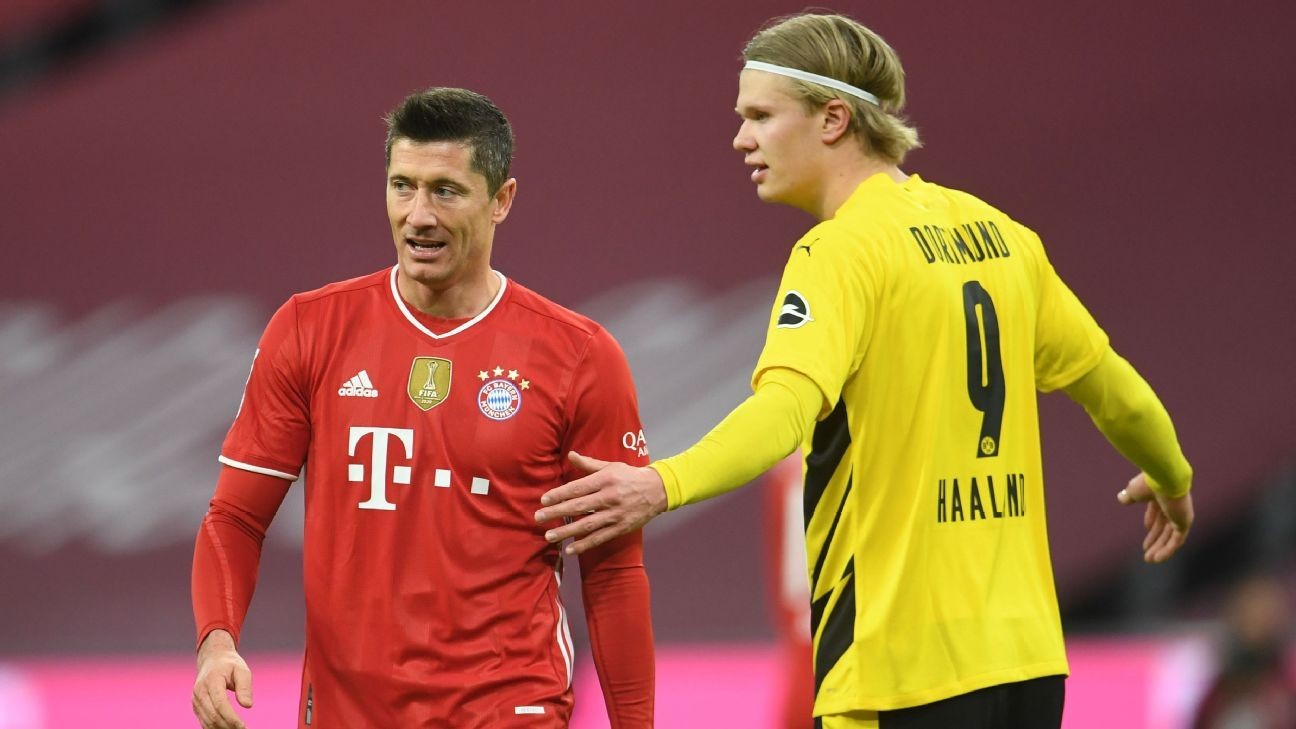 Paris Saint-Germain have continued their preparations for the exit of Kylian Mbappe as the club has prioritised Erling Haaland, Robert Lewandowski, and Dusan Vlahovic on a short list of replacements.

With little progress made regarding a new contract between PSG and Mbappe, Le 10 Sport reports that sporting director Leonardo has put together a three-man priority list of candidates who the Ligue 1 club will target should Mbappe leave the club.

The first on the list is Haaland, with PSG set to go all-out for in the tug-of-war for the services of the Borussia Dortmund star. But if that fails, Leonardo has identified Bayern Munich talisman Lewandowski as the second best option to replace Mbappe.

The Bayern forward is rumoured to favouring a move to Real Madrid -- who also lead the race for Mbappe's signature -- should he leave the Bundesliga, which would leave Dusan Vlahovic of Fiorentina as the final option on the shortlist.

And with Mbappe's contract set to expire next summer, there could be movement in January if PSG are to avoid missing out on a significant transfer fee for the most sought-after stars in football.

- Contract talks between Barcelona and Ansu Fati are stalling with the player's agent demanding that the new deal be only for two years. That's according to El Nacional, who reports that the Catalan club are keen to tie the 18-year-old down to a long-term extension. The talented prospect is represented by Jorge Mendes, who was rumoured to be offering his client out to clubs across Europe last month, and it now look as though the parties are at a stalemate in the negotiations.

- Ole Gunnar Solskjaer will be handed a £70 million transfer injection if Manchester United are in title contention by the start of the new year, writes the Star. The board are keen to back the current manager as they look to challenge for the league, and aim to add to their summer signings to further bolster the squad. The Red Devils currently sit five points from the top of the table after losing 4-2 to Leicester City on Saturday.

- AS Roma are close to renewing the contract of three midfield players with Lorenzo Pellegrini, Ebrima Darboe and Jordan Veretout set for new deals at the Estadio Olimpico. Calciomercato reveals that 20-year-old Darboe is closest to being announced, with manager Jose Mourinho impressed with the defensive midfielder.

- Nicolo Schira reveals that Internazionale will meet with the representatives of Marcelo Brozovic soon to finalise a new deal for the Croatia international. It is reported that the parties have already agreed on an extension until 2025, leaving just salary expectations and bonuses to be confirmed before the Serie A club can officially announce the new terms.

- Chelsea had the opportunity to sign Gianluigi Donnarumma as a free agent in the summer, according to Fabrizio Romano, who writes that the club decided to remain committed to Edouard Mendy. The 29-year-old Mendy was a standout performer in Chelsea's 1-0 win against Brentford on Saturday, and has become one of the Premier League's best shot-stoppers since arriving from Stade Rennais last year. Donnarumma instead joined PSG after years at AC Milan.