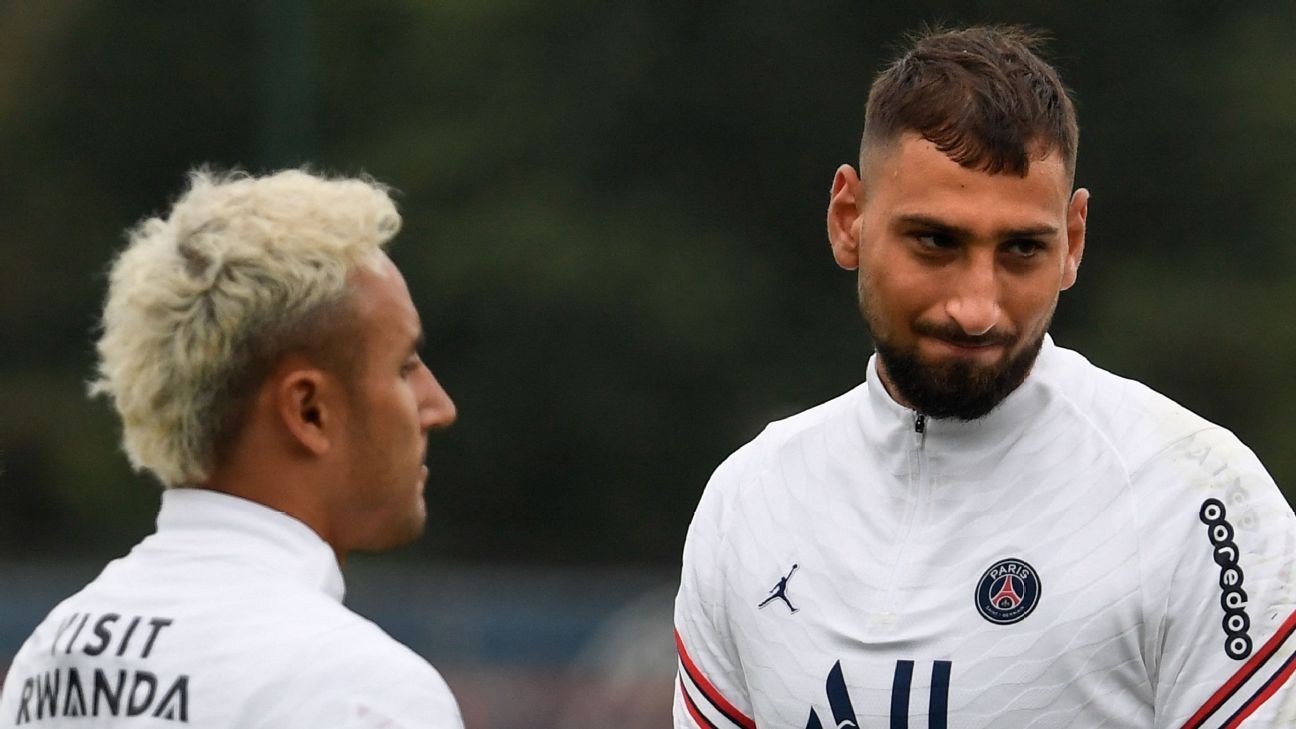 Gianluigi Donnarumma is looking to leave Paris Saint-Germain despite only joining in the summer from AC Milan on a free transfer, according to Tuttosport.

The Italy international is reportedly unhappy with the Parisians, with agent Mino Raiola eyeing a potential move to Juventus in January. Donnarumma started in his side's 2-0 win over Manchester City on Tuesday in Champions League play, but the report suggests that the dynamic with incumbent keeper Keylor Navas is making him unhappy.

A move to Juventus would see the 22-year-old return to the Serie A, where he spent his early career before the move to France. Juventus have been linked with a move into the market for a shot stopper due to a difficult start to the season for Wojciech Szczesny.

Donnarumma has continually seen his stock rise over the past few years, culminating in a Euro 2020 title in the summer. He became a key player for Italy between the posts, making 36 appearances for them with 20 clean sheets.

He also became a key part of AC Milan's rebuild that saw them regain Champions League football, making 251 appearances with 88 clean sheets before leaving for Paris on a free.

Could PSG drama cause Gianluigi Donnarumma to force a move? BERTRAND GUAY/AFP via Getty Images

- Leicester City boss Brendan Rogers believes there is "no drama" in trying to keep hold of midfielder Youri Tielemans but the club are looking at potential successors, according to The Athletic. The report claims that several clubs are interested in the Belgium international, whose contract runs out in 2023, but no concrete offers have been made for his services. Manchester United, Liverpool, Real Madrid and Barcelona are four of the clubs that have been linked with a move for the 24-year-old.

- Paulo Dybala and Juventus have set a deadline of the end of October to reach an agreement over a new contract, according to Gazzetta dello Sport. The 27-year-old is out of contract in the summer and whilst both parties are optimistic over a renewal, which would see an increase of €1 million in salary, there is also a sense of wanting to get the saga closed.

- Tottenham Hotspur are planning to move on from midfielder Dele Alli in the summer, according to Football Insider. The 25-year-old was reportedly free to leave the club in the past window but they were unable to reach an agreement in valuation for the player. Spurs are unlikely to let him go in January, as they hope his value improves over the season heading into next summer.

- Real Betis are set to offer World Cup winner Nabil Fekir a new long-term contract, according to Marca. The 28-year-old's contract expires in 2023 and the La Liga club are hoping to keep the playmaker as part of a project under Manuel Pellegrini. Fekir joined Betis from Lyon after a move to Liverpool fell through in the final days of the 2019 window.

- Lorenzo Pellegrini has put pen to paper on a new contract with AS Roma, according to Calciomercato. The Roma captain will stay with the club until 2024 with a salary of roughly €4m-a-year and importantly for his club, it will remove a €30m release clause that is in his current deal.