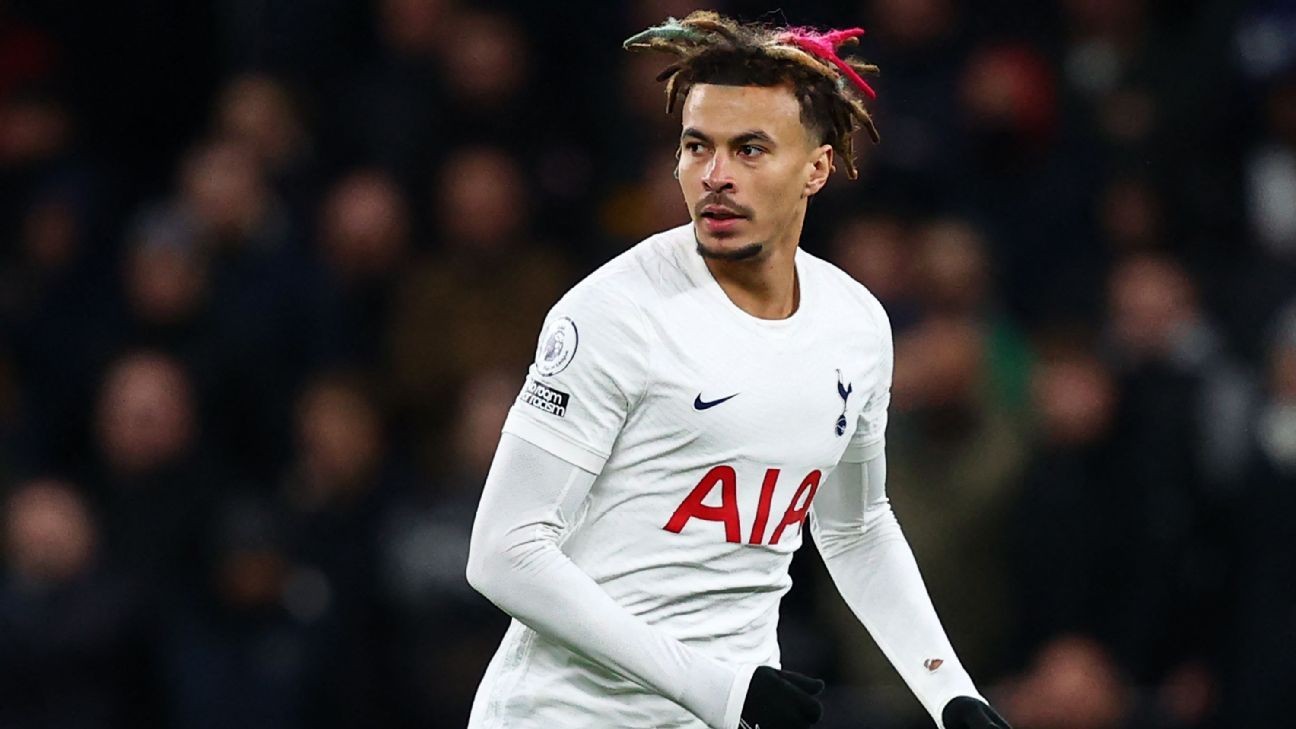 Which players could move before the January window closes?1dMark OgdenWhich one player should each top European club sign?6dTor-Kristian KarlsenTransfer grades: Sevilla an A- for Tecatito5dJon Molyneux-Carter

Alli has struggled to work his way into the Tottenham side since the appointment of Antonio Conte, despite the potential opportunity at a fresh start under the Italian head coach.

Instead, the report claims he has fallen out with Conte, paving the way for an exit from the club in the remaining few days of the January transfer window.

The report states that Newcastle United are the current frontrunners to sign the 25-year-old, while Borussia Dortmund, Brighton, Everton and Burnley are all eyeing a potential deal for the England international.

The Magpies had also made an approach for Manchester United midfielder Jesse Lingard to play in the same position, though, according to The Athletic, that move is on the verge of collapse.

That could be where Alli comes in, fulfilling the role of a creative midfielder under Eddie Howe, as he looks to steer the club away from potential relegation.

Bundesliga giants Dortmund are also monitoring the Alli situation, but the Mail says that a move to Germany appears unlikely as it currently stands.

It remains to be seen exactly where Alli's future lies, though it seems clear that it is straying further and further away from Tottenham at this current time.

- Newcastle have made an offer for Lyon midfielder Bruno Guimaraes, reports L'Equipe.

The report claims the Magpies have offered €40 million for the playmaker, who has been linked with many top European clubs. Manager Howe is hoping to bolster his squad in the last week of January, having already spent roughly £40m.

The 26-year-old is out-of-contract at the Bavarian club in the summer and he is now allowed to agree to a pre-contract with clubs abroad as of this month. Thomas Tuchel is said to be keen on the centre-back, with talks ongoing.

- Barcelona have made a contract offer to sign Franck Kessie as a free transfer, according to Nicolo Schira.

The AC Milan midfielder is set to be a free agent in the summer, with his deal with the Rossoneri expiring. Schira claims that the Blaugrana have offered him a five-year contract, which would earn him €8m per year.

According to Marca, the centre-back has turned down an opening approach from the club, who are looking to extend his existing deal beyond its 2023 expiration. As a result, both Chelsea and Manchester United are said to be monitoring the situation.

The 28-year-old is out of contract in the summer and has already stated that he won't sign an extension as he looks to move on. Bayern are said to have had talks to sign him, offering a four-year deal.