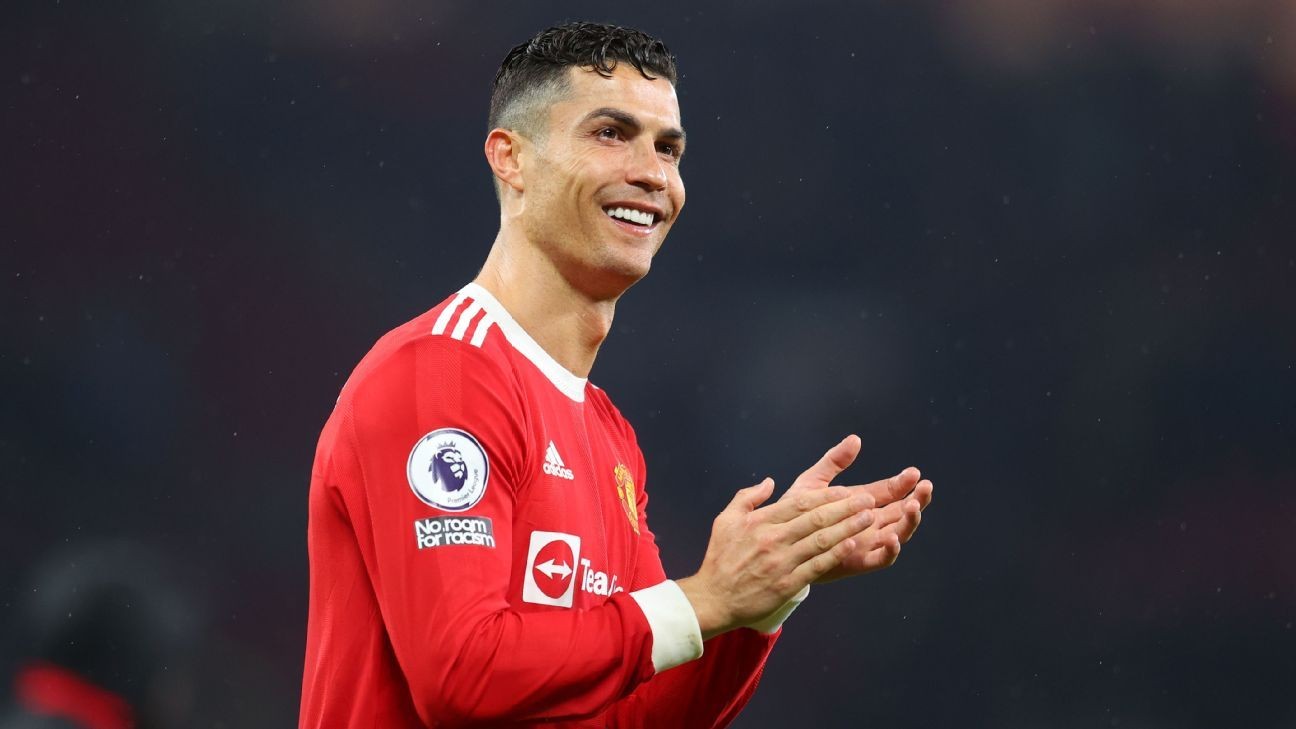 It appears there is plenty going on with Manchester United at the moment, according to various reports -- although Cristiano Ronaldo's departure isn't on the itinerary.

The impact of Messi's Barcelona exit, one year later5dSam Marsden and Julien LaurensWhat do the big Premier League clubs have to sort before transfer deadline?10dESPNBarca signing Kounde ahead of Chelsea is a coup for the club and LaLiga10dGraham Hunter

Although Ronaldo has been linked with the likes of Chelsea, Bayern Munich, Barcelona, Atletico de Madrid and Napoli throughout the summer, it appears he will be staying put at Old Trafford unless there is a major last-minute surprise in this window, according to AS.

The Red Devils reportedly see the forward as a key player both on the pitch and in their economic framework. Manager Erik ten Hag has previously suggested that, despite speculation otherwise, Ronaldo doesn't really want to leave Man United.

He is one of a number of strikers the Red Devils are looking at this summer, and the Austria international wants to join Ten Hag's squad having entered the final year of his Stuttgart contract. At 25 years old, Kalajdzic feels that now is the right time to face a new challenge in his career.

Now that there's no longer a question of whether Cristiano Ronaldo will stay or go, Man United are reportedly focusing on bringing in more talent. Photo by Catherine Ivill/Getty Images

Finally, Juventus midfielder Adrien Rabiot looks ever closer to joining Manchester United after his camp had a positive meeting with United director John Murtough. While there is still work to do before an agreement is reached on a salary, talks are expected to continue.

- AC Milan are hoping to renew Rafael Leao's contract with his current deal culminating in 2024, reports Calciomercato, with Paris Saint-Germain hoping to sign the winger. At the moment, Milan are unwilling to open any negotiations with the Ligue 1 champions and will point towards the Portugal international's €150m release clause. Leao is currently ready to lead Milan into the new season.

- The Guardian have reported that West Ham United are interested in signing Barcelona forward Memphis Depay and believe they have a chance of bringing in the Dutchman. However, Fabrizio Romano has stated that Juventus are getting closer to reaching a deal with Depay's camp and that talks are progressing well. A two-year deal is being discussed with Tottenham Hotspur and Turkish clubs not in the race to sign him.

- Chelsea have raised their offer for Internazionale midfielder Cesare Casadei to €10m, reports La Gazzetta dello Sport, although that still isn't enough as the Nerazzurri want €15m. Sassuolo are also interested in the 19-year-old and would be willing to include a clause that would allow Inter to re-sign him -- something Chelsea are not open to.

- Barcelona could be interested in signing Hector Bellerin, who is still looking for a way to leave Arsenal, reports Mundo Deportivo. The right-back has been strongly linked with Real Betis but a move there is proving difficult to push through due to their own financial struggles, leaving the possibility for Bellerin to potentially return to Barcelona after coming through La Masia.