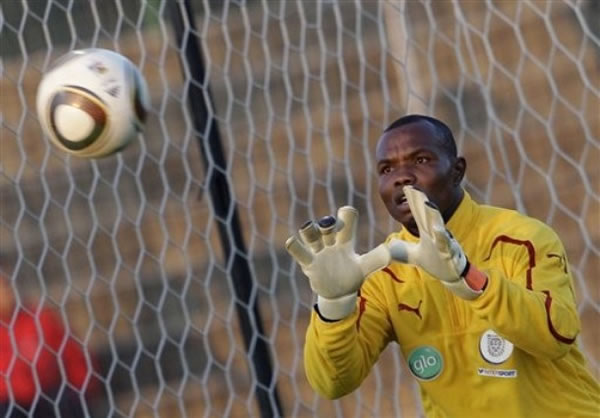 Former Ghana first choice goalkeeper Richard Kingson is training with Ghanaian Premier League side Inter Allies to keep his shape for the upcoming of the Turkish Super League.Â

The 36-year-old started the pre-season with the 'Eleven Is To Ones' and this raised suggestions he could be looking at options to return to the Ghanaian top-flight.

However, GHANAsoccernet.com can confirm the former Wigan Athletics goalkeeper has been included inÂ Balikesirspor's squad for the upcoming 2014/15 season.

Allies have confirmed Kingson has been training with them but have not confirmed he is joining them.

Kingson surprisingly did not train with his former side Great Olympics who have returned to the Ghanaian top-flight.

He signed a one-season contract for Balikesirspor last season while there were in the Turkish second-tier league and played 13 times he help them gain promotion into the Turkish top-tier league.