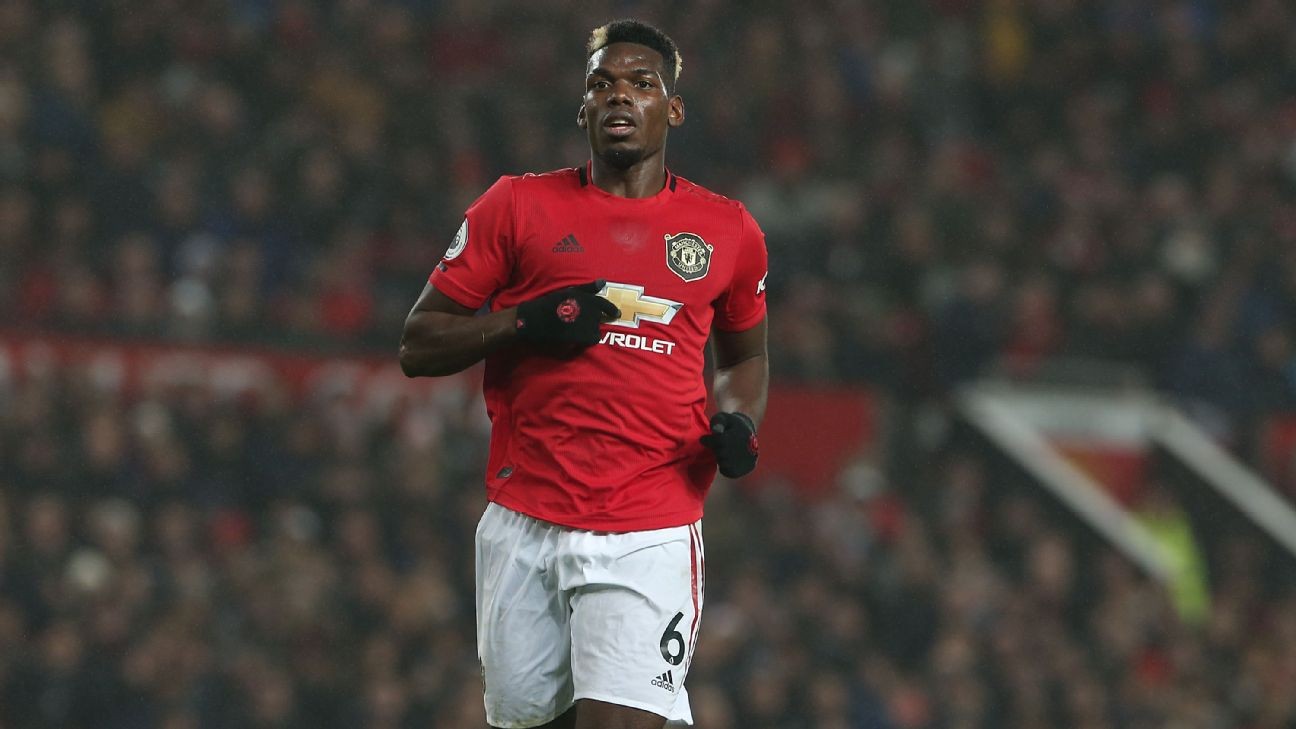 Julien Laurens thinks it will be quite a feat if Manchester United are able to keep hold of Paul Pogba. Craig Burley debates whether things have gotten stale amongst Liverpool's three attacking stars. ESPN FC's Julien Laurens provides some insight into Real Madrid's summer transfer plans.

Football's transfer market faces an uncertain future as the coronavirus crisis continues. Clubs' plans are in limbo, while the future of players possibly on the move, like Paul Pogba, Jadon Sancho and Neymar, is uncertain.

Key figures from European football's elite will hold a video conference on Friday to devise a strategy that saves the transfer market from complete meltdown, but it won't be easy to navigate a path through the chaos.

Executives from the European Club Association (ECA) have many issues to resolve, including cash flow, player inactivity and how, when and if the 2019-20 season will be finished, regardless of UEFA's commitment to finish all club football by June 30.

The knock-on effect is that the next transfer window, vital for players and clubs, is essentially on hold. The pandemic is affecting every aspect of society and football is no different; it is impossible for even the best run or wealthiest clubs to devise a clear and coherent strategy for buying and selling players.

As it stands, the Premier League's summer window opens on June 10 and runs for 12 weeks until Sept. 1, Across Europe's other major leagues, the window generally runs from July 1 to Aug. 31. If this season does eventually restart, but cannot be completed before the end of June, those dates will be unworkable.

Some big deals were expected, but all are now up in the air. Pogba could leave Man United for Real Madrid or Juventus, Sancho might head to Chelsea or Man United from Borussia Dortmund, Neymar is eyeing a move from Paris Saint-Germain back to Barcelona and Madrid and Liverpool have been weighing up the financial aspects of a move for Kylian Mbappe.

"Nobody has a clue about what will happen with transfers this summer," a senior recruitment figure at a Premier League club told ESPN. "We're all just waiting for FIFA to come up with a plan. Hopefully they will do that in the next week or so."

The best-case -- and most optimistic -- scenario is that competitive action resumes in early May, but it could be June, July or even the autumn before games restart, which is why the ECA scheduled emergency talks with FIFA.

Paul Pogba's future at Manchester United needs to be resolved in the summer window.

A further obstacle is that some leagues are likely to start and end before others because everything is tied to the state of the coronavirus crisis in each country. For instance, though the Premier League might find a way to wrap everything up by the end of June, the Bundesliga may still have a month to run.

How could United plan to sign Sancho in those circumstances? When would the player link up with his new team? Would he still be entitled to a three-week break ahead of the new campaign, or just be expected to start again with a new club? As regards Neymar, when would Barca be able to push through a deal with PSG if La Liga runs until August?

All of which is before we consider when the registration deadline for next season's European competitions, which usually comes at the start of September, might be.

Club sources have told ESPN that, without an extension of the deadline, panic buying might result, with clubs clambering to sign any players as quickly as possible. Reckless spending and over-inflated prices could follow, if clubs still have the ability financially to operate business as usual.

With no money coming through the turnstiles and question marks hanging over when, or if, broadcasting revenue will be paid in the event of games not being played, many teams will not be able to afford to spend this summer.

The end result must be a complete re-working of the window, including pushing back the deadline of Aug. 31 (Sept. 1 in England). It may need to run all the way until Jan. 31 -- the end of the winter window -- to give clubs time and space to do their business amid financial uncertainty.

Another issue is contract expiry. All professional deals in Europe run from July 1 to June 30, which means many out-of-contract players will become free agents, quite possibly while teams are trying to complete their seasons. Moreover, some players have already signed precontract agreements that are effective on July 1, such as Hakim Ziyech (Chelsea from Ajax for €44 million) and Francisco Trincao (€31m move from Braga to Barcelona).

There would appear to be a simple solution, which is that FIFA must grant an emergency extension to contracts and delay precontract deals in order for players and clubs to have certainty and security until the last ball has been kicked.

FIFA accepts there will need to be some concessions and has set up a working group to "assess the need for amendments or temporary dispensations ... to protect contracts for both players and clubs and adjusting player registration periods," but it is by no means certain the governing body will agree to an extension.

The ECA will put pressure on to sanction big changes. If the season runs over into July and / or August, the transfer deadline will simply have to move to give players and clubs the time they need to sort out their careers and squads for a new season.

Football needs transfers and the money they generate keeps many clubs in business in every league. The best answer to fix ailing finances could be for FIFA to rip up its rulebook and allow deals to take place for an unrestricted six-month period, through to end of January.