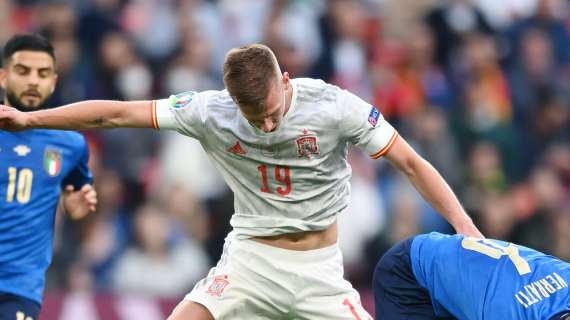 Proficiently playing for RB Leipzig since late January 2020, 23-year old Spanish international attacking midfielder and winger Dani Olmo came under the spotlight as one of late 90's born generation best players all around, both on a club level and a national team one. To this end, German club, purchasing him from Dinamo Zagreb, nearly twenty months ago, on a 22.5 million euros, might get to hand him out on twice that sum.

As highlighted by Transfermarkt.de, Olmo is tracked by a whole bunch of A-listers around Europe, on a list which includes troubled ones such as Barcelona FC (which he's been an alumni of from 2007 to 2014) and Juventus, as well as Bayern Munich, Manchester United, and Real Madrid. The 1998-born frontline playmaker is currently on a deal with Bundesliga giants until June 2024.