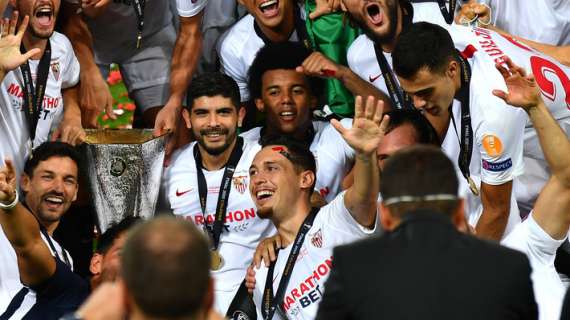 After having pursued him for a long time, Chelsea management are yet to dismiss 22-year old French international centre-back Jules Koundé as a major market target. To this end, according to both UK and Spanish sources, Blues are giving it another shot, once winter window 2022 opens up.

Playing for Sevilla FC since 2019/20, Girondins de Bordeaux alumni was purchased on a 25 million euros transfer fee, and is now roughly worth twice that sum. Currently on a deal with Spanish demi-giants until June 2024, Koundé is still tracked by Arsenal and Tottenham as well, and, previously inquired about also by Juventus and Paris Saint-Germain, is at the time rather likely to part ways with Rojiblancos once current season's over.