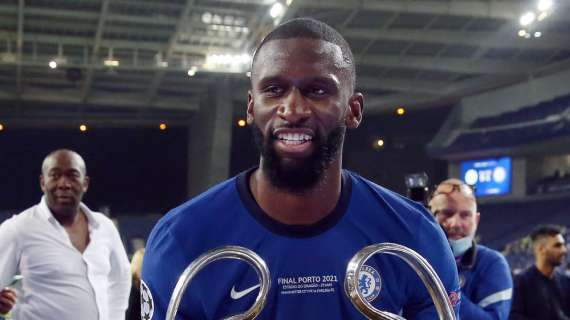 Antonio Rudiger is attracting interest from Tottenham, Bayern Munich and Juventus as his Chelsea future remains uncertain, according to Calciomercato.

The 28-year-old Germany international has entered the final 12 months of his contract at Stamford Bridge and has yet to agree fresh terms with the Blues.

Manager Thomas Tuchel wants to keep Rudiger but his failure to reach an agreement with Chelsea is giving his suitors hope of striking a deal.

Tuchel praised the coveted central defender in the highest tones: “I can only say that he has been playing excellently and, above all, consistently for a long time. I experience him very calmly and very focused.

It's not a distraction for him. We have to give the things the time they need. I think Toni feels comfortable here and feels the respect of his teammates. He feels the love of the fans and he's in the best league in the world with a big club. So there are really few reasons to change anything. "