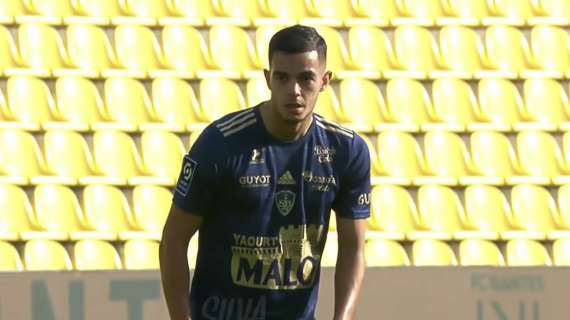 Announced with insistence on the side of AC Milan during the summer transfer window, the Brest native Romain Faivre (23), determined to join the Rossoneri, finally remained in Finistere for the next six months, at least. Disappointed with this outcome, the midfielder of SB29 had nevertheless done everything to leave the club this summer, even going so far as to skip a trip to Strasbourg to force his departure. An attitude that he assumes even if he recognizes his mistake.

Flattered by the interest of the Italian club: "when a club like that comes, when Paolo Maldini (technical director of the Lombard club) calls you, it's always nice, it's flattering. To take a step forward, we made the decision with my family to want to go to AC Milan ”, the native of Asnieres-sur-Seine who says he is ready to continue with Brest wanted to justify his attitude during this window summer: “the boycott of the match against Strasbourg? I made this decision with those around me. It wasn't to clash with Stade Brestois, but more as a precaution. I didn't want to jeopardize a possible departure from AC Milan, one of the most prestigious clubs in the world. I can understand that it could have been misinterpreted. I think this was a mistake. We made this decision, we have to take responsibility, ”he explained on Sunday in an interview with Telefoot.