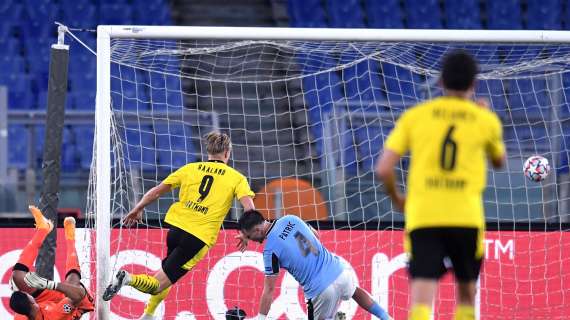 Erling Haaland might be open to leave Borussia Dortmund for Liverpool, according to Mundo Deportivo (h/t Mirror).

The 21-year-old attacker is currently one of Europe's most sought-after talents. His €90 million (£77 million) release clause will be activated next summer, which may lead to a wild bidding war for his services.

The kid has shown an interest in joining Liverpool in the near future. In all competitions this season, the former RB Salzburg striker has already scored eight goals and contributed three assists for Dortmund.

The player has established himself as a key member of Borussia Dortmund's squad. In total, he has 68 goals in 67 appearances for the German club in all competitions. Last season, his 27 goals in 28 Bundesliga games were crucial to Dortmund's success. Only Andre Silva and Robert Lewandowski had a better scoring record in the German Bundesliga last season.

The Norwegian striker has been linked with a move to Merseyside. Roberto Firmino's performance has dipped significantly this season. The addition of Haaland might not only strengthen but also improve the competitive climate for the other attackers.