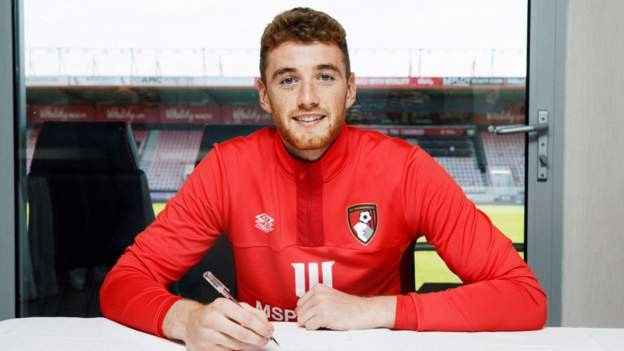 The Republic of Ireland international, 23, helped Scott Parker's side achieve promotion back to the Premier League last season and won the EFL Golden Glove award, given to the keeper with the most clean sheets in the league.

The Irishman played all but one of Bournemouth's 46 league games of the 2021-22 Championship season, keeping 20 clean sheets as the Cherries clinched the second automatic promotion berth.

He assumed the first-choice role at the start of the season after the departure of veteran Asmir Begovic, and was rewarded for his efforts by being voted the Bournemouth fans' player of the season.