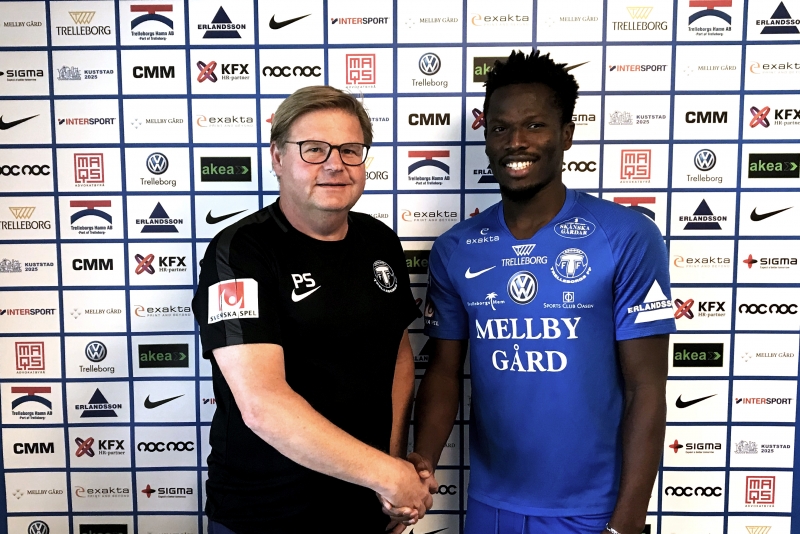 Head coach of Trelleborgs FF, Peter Swärdh says he expects new acquisition Abdul Fatawu Safiu to use his qualities to help improve their position on the Swedish Superettan table.

Fatawu joined the Swedish second-tier side from Ghanaian giants Asante Kotoko on Tuesday on an initial one-year deal with an option for further two years extension.

During his unveiling, Trelleborgs gaffer eulogized the standard of Fatawu as he believes he can help the team improve.

“He (Fatawu) is creative and should strengthen our offensive qualities,” Swärdh said at a press conference during Fatawu’s unveiling.

Fatawu previously played in Sweden during the 2013 season for Vimmerby IF where he netted seven goals in 20 games.