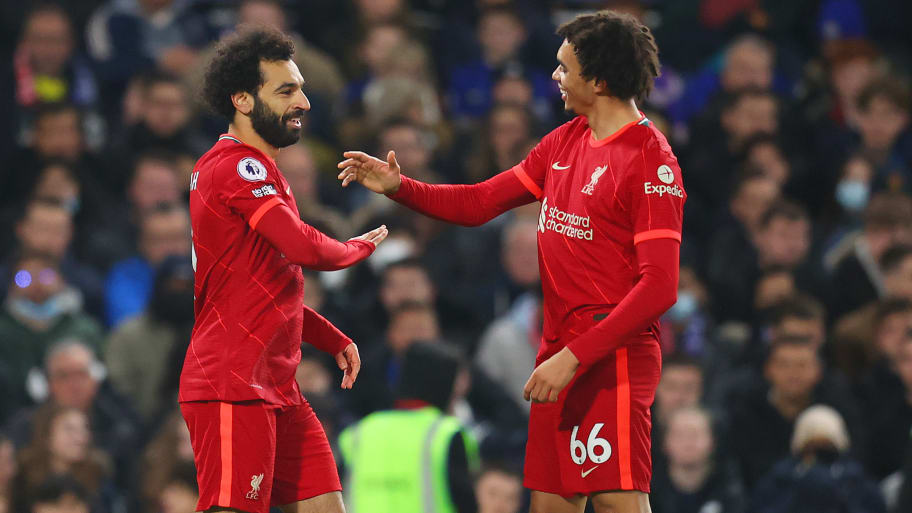 Trent Alexander-Arnold has confessed he is looking forward to winning more trophies alongside Mohamed Salah after the Egyptian put pen to paper on a new Liverpool contract.

After months of speculation, Liverpool surprised many when they announced a three-year extension for Salah seemingly out of nowhere, with the winger admitting he was not done bringing trophies to Anfield just yet.

Speaking to Sky Sports, Alexander-Arnold admitted he shares that goal.

"Of course, of course," he said when asked if he was happy to see Salah commit to the club. "Hopefully a few more years with him to win more trophies."

90min understands Salah has agreed a wage worth a minimum of £350,000 per week, making him the highest paid player in Liverpool's history.

During his first five years at Liverpool, Salah has won the Premier League, FA Cup, Carabao Cup, Champions League, Super Cup and Club World Cup, and he came close to adding a second European title to his CV last season as the Reds fell to Real Madrid in the Champions League final.