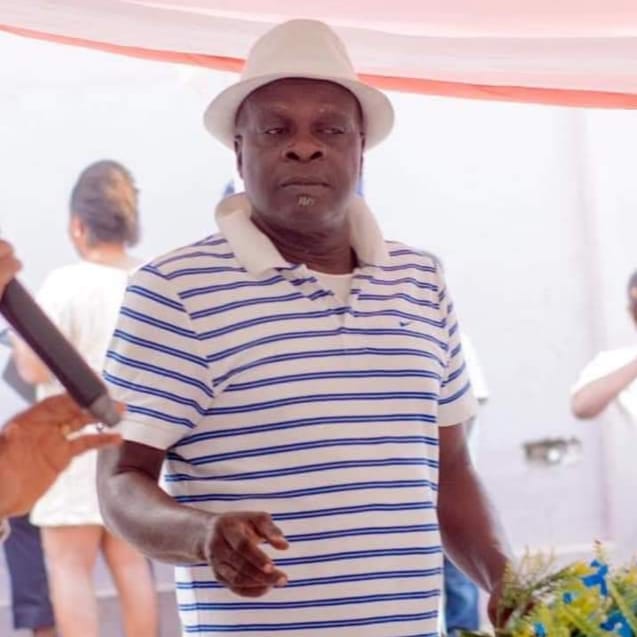 Opoku Afriyie is no more. Born on the 2nd February, 1955; died on the 29th March, 2020. Footballer, striker, and two-time Ghana Premier League top-scorer.

He made his name with Kotoko but his short stint with Hearts of Oak in the mid-80s would never be forgotten, not just for what he accomplished on the field of play, but how he showed Hearts the “light” off the field.

“Businessman”, “Bayie”, “Ayen”, had been his monikers during his heydays with Kotoko but he’s christened “Nii Opoku” after he helped Hearts to her first league win in five years in 1984.

The former Kotoko captain had been a thorn-in-the-flesh of the Phobians. He scored in the 0-3 and 3-0 Kotoko victories over Hearts in 1980 and 1981 respectively, but his first goal against the Phobians came in May 1975 in a 2-0 home league win for the Porcupines.

Opoku Afriyie was deemed surplus to requirement at the end of the 1982 season by the management of Kotoko. But he was thrown a life-line by Hearts in 1984 by the Seth Abadji administration, having spent a whole year without playing football. And it would proved to be a chef d’œuvres come the end of the season.

“Nii Opoku” started his football by playing for Kumasi Hearts Babies Colts team, at the tender age of 10, and despite his relationship with Kotoko, for whom he won countless trophies, incidentally ended it by finishing his career with the Phobians.

A royal by birth, Opoku Afriyie hated anything that had to do with winning unfairly. A fair man, Afriyie dared the Hearts management to drop some key players (whose name I wouldn’t want to mention) ahead of a titanic league clash with Kotoko in Kumasi, on the pretext that they had been compromised.

Management listened. And Hearts won 0-1 courtesy of Joe Amoateng’s lone strike. But it’s not just the win that turned the tide for Hearts. It’s the eye opening revelation that made the Phobians sit up ahead of matches with Kotoko.

But thanks to Bayie’s clairvoyance, Hearts stopped recording 3-0 and 0-3 margins of defeats against their arch-rivals in the league.

Opoku Afriyie changed the thinking of a whole club. He made his name with Kotoko but he made the biggest single influence on Hearts when it came to matches involving the two rivals. He sparked a mini revolution that lasts till this day.

This single selfless gesture I come to celebrate. And at the same time mourn the passing of one of Ghana football’s fine gentlemen.

By Anwar U Larry