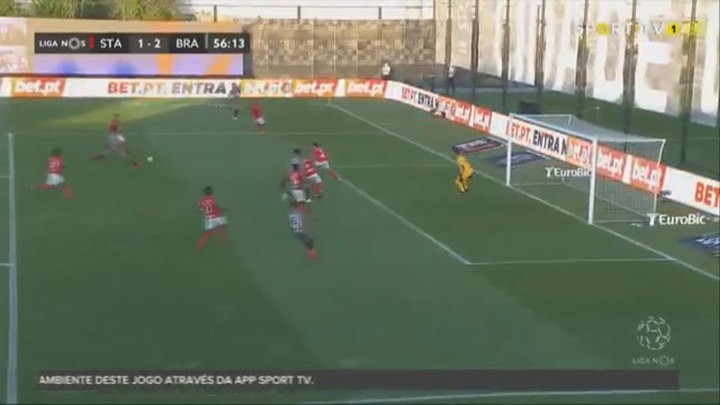 Braga fell to a surprise 3-2 defeat away to Santa Clara in their first game since the Liga NOS got back underway, but from a Barcelona perspective, the excitement about Braga prodigy Francisco Trincao continues to grow.

The 20-year-old winger will head to the Camp Nou in the summer after completing a 31 million euro move in January, and he was able to get on the scoresheet and win a penalty in the defeat to Santa Clara, before being withdrawn in the 72nd minute with the scores at 2-2.

This goal means that in Trincao's last 10 games for Braga, he has now scored six goals, provided three assists and won his team one penalty.