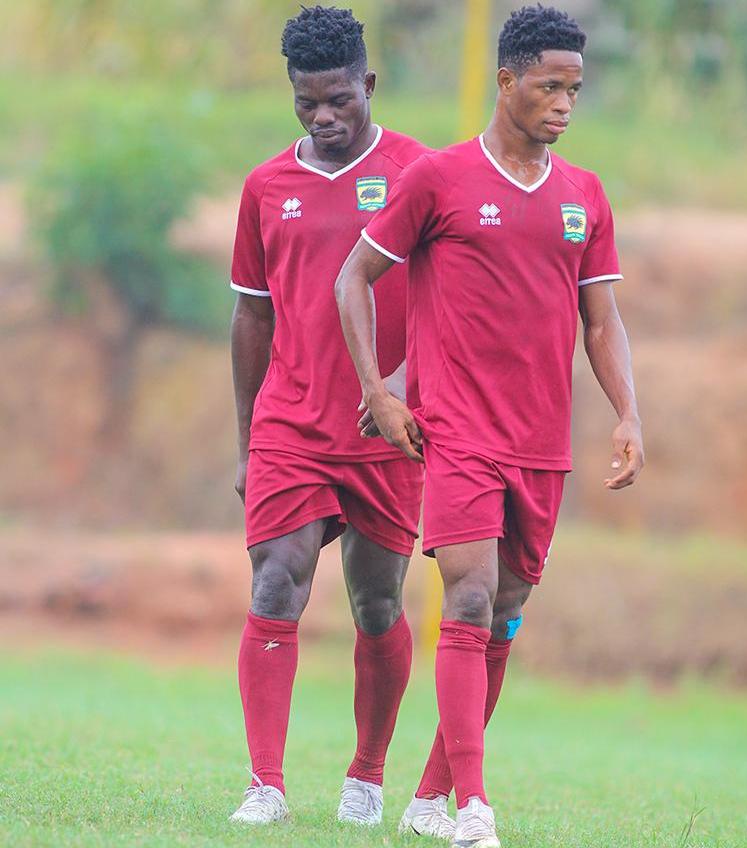 Asante Kotoko have received a triple injury boost ahead of their Ashanti Derby clash against AshantiGold this Sunday with return of Mohammed Sheriff, Samuel Boateng and Isaac Oppong to training.

Boateng and Oppong have been unavailable in the Porcupine Warriors in their last four league matches and the FA Cup to defeat to King Faisal.

On Monday, the duo partook in 'full team' training.

Also spotted at Adako Jachie was versatile Sheriff who has recovered from illness.

A club read: ''Forwards Samuel Boateng and Isaac Oppong returned to full team training today as they intensify their recovery from injury...

''@IamMsheriff also trained with the squad, having recovered fully from illness.''

Kotoko are in high spirit after last week's famous  2-0 win at Aduana Stars in Dormaa Ahenkro.