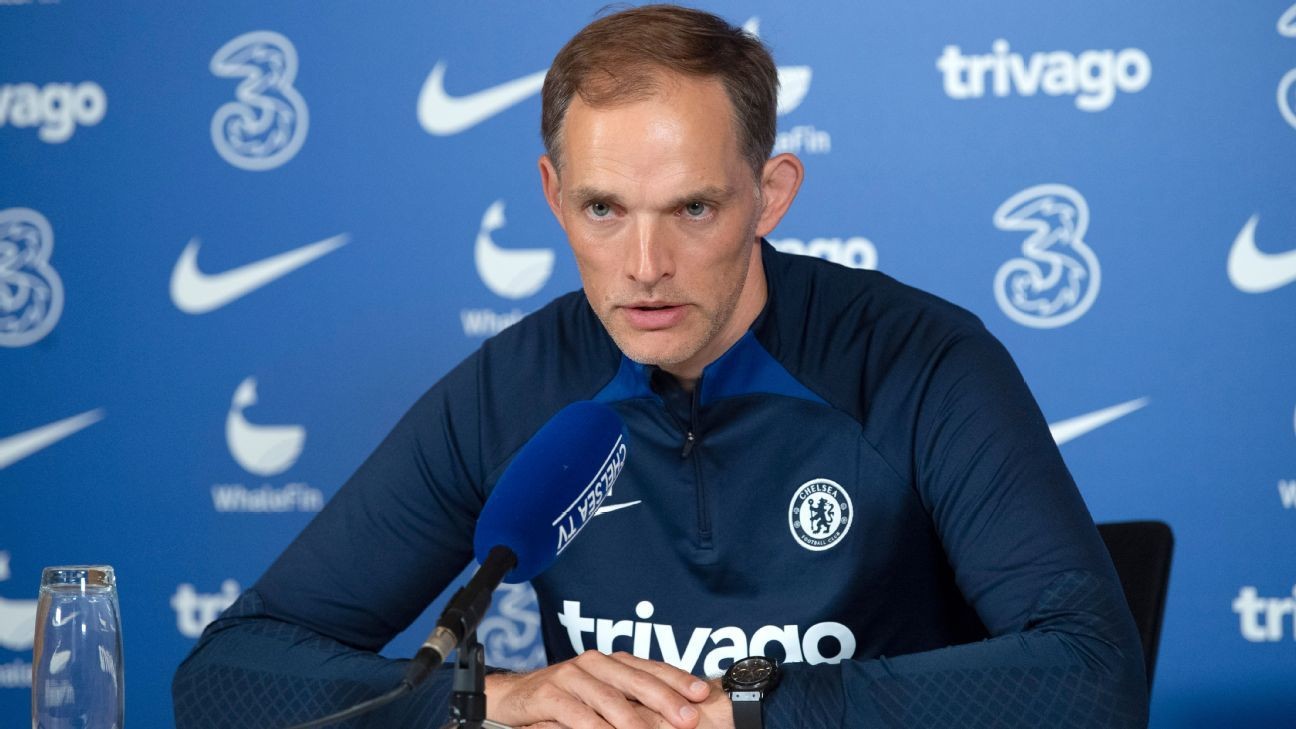 Chelsea are aiming to strengthen their squad before the Premier League's transfer window closes with a central defender and a striker the priority, but they will not resort to panic buying, manager Thomas Tuchel said on Friday.

Chelsea lost Antonio Rudiger and Andreas Christensen during the close season before signing Kalidou Koulibaly from Napoli, but the Senegal international suffered from cramps and was withdrawn early in their 1-0 win over Everton last weekend.

"We could use one more central defender if you look at the numbers... we play with a back three," Tuchel said at a news conference, before addressing their need for a forward.

"We could strengthen our squad in depth. It's one thing that you wish for and it's another that's possible. We're looking for top quality and top personalities," Tuchel said.

"We'll not panic and we will not try to sign players we're not 100% convinced. All signings so far are fantastic signings and will help us."

Tuchel was reluctant to talk about players from other clubs but said he had fond memories working with Aubameyang at Borussia Dortmund.

"It was a pleasure," Tuchel said.

"Some players stay your players because you were very close and Auba is one of these players.

"Even when we played against him with Arsenal, straight away there was this close bond."

Chelsea take on London rivals Tottenham Hotspur on Sunday. The transfer window will close on Sept. 1.