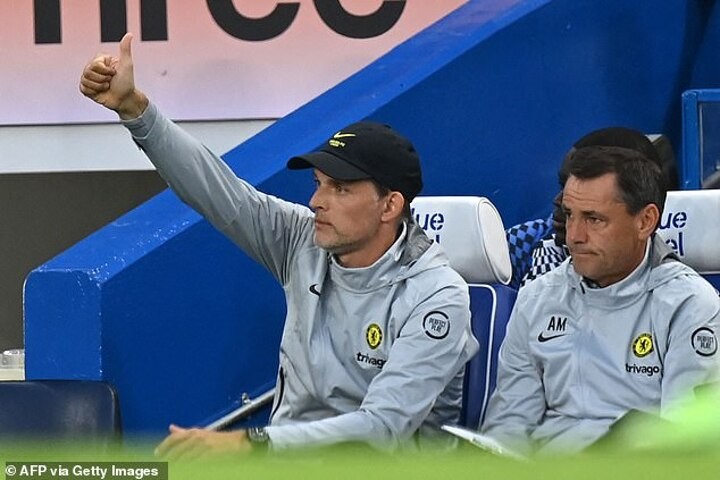 Thomas Tuchel refused to comment on Chelsea’s interest in Romelu Lukaku - but admits he is looking for a striker with the attributes the Belgian frontman possesses.

Chelsea have edged closer to re-signing Lukaku after he told his club Inter Milan that he wants to return to Stamford Bridge and a deal to be sorted out between the clubs.

Chelsea have had two approaches rejected by Italian champions Inter, the latest being worth £85m including left-back Marcos Alonso.

Inter want at least £100m and are braced for an improved offer from Chelsea.

Asked if he wants to sign the 28 year-old, Tuchel said following Chelsea’s pre-season 2-2 draw with Tottenham: ‘I will not talk about players who don’t play in my squad.

'He is a fantastic player but a player from Inter and with all due respect I will not talk about him. Everybody wants to come [to Chelsea], hopefully. Well, not everybody unfortunately, but you can imagine a lot of players want to come and join but like I said, we don't comment on that.’

However, when expanding on the type of striker he is looking for to bolster his squad, Tuchel said: ‘I think with the exit from Olivier Giroud, we could use a player used to playing with their back to goals, whose strength is to keep possession from long balls so we can add this direct style of play to our portfolio and this is the characteristic of player that is not Tammy, Tino or Kai.

‘This is a profile we don’t have in the squad and could be useful but not for any cost and not hectic or in panic as no matter what happens we will be competitive and have trust in our guys and that we can still develop and that we have young players in the offensive part of the game who we demand that they need to improve.

'We are relaxed and very well aware of our situation at the same time.’