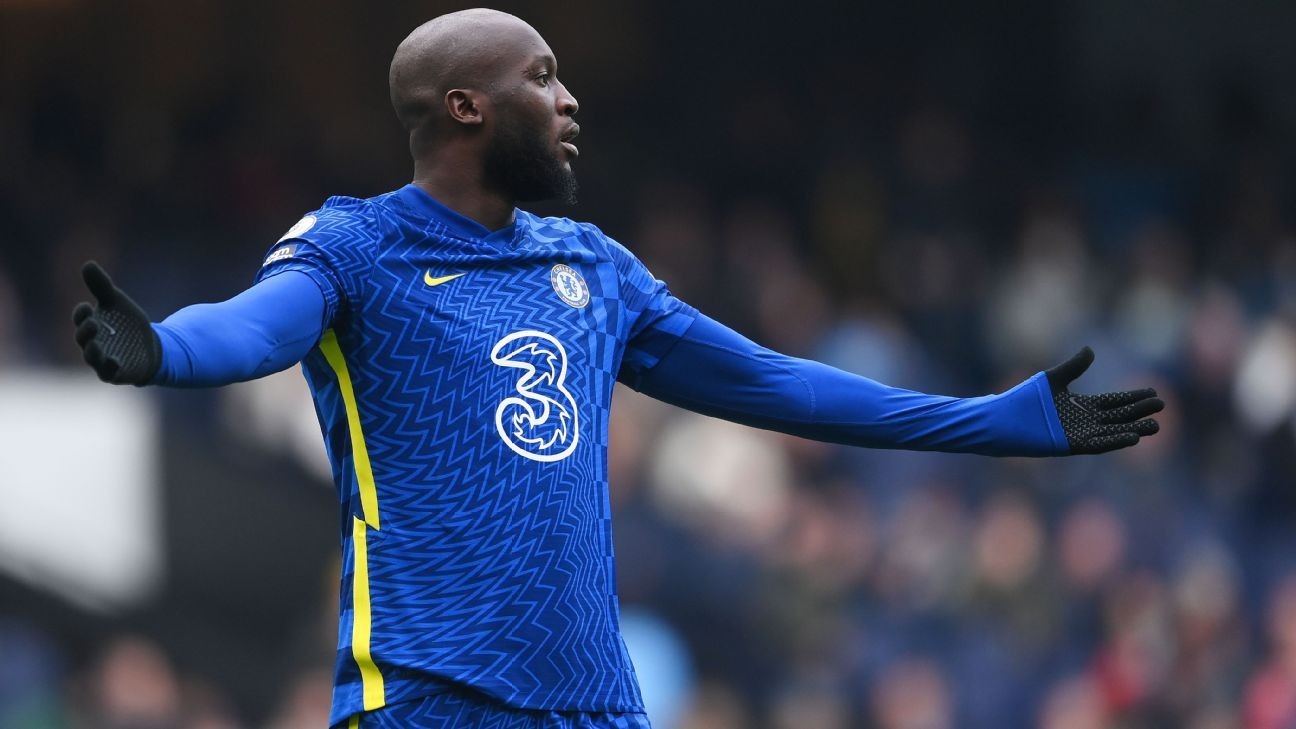 Chelsea boss Thomas Tuchel has said club-record signing Romelu Lukaku must do more for the team and criticised the forward's performance in Saturday's 1-0 Premier League defeat against Manchester City.

Lukaku, who has scored just five league goals since returning to Stamford Bridge from Inter Milan in a £97.5 million deal last summer, spoke publicly last month to complain about his role in Tuchel's team -- a move which led to the Belgium international being dropped for the home game against Liverpool earlier this month. The striker apologised for his comments and was later fined.

But after registering just 21 touches during 90 minutes against City at the Etihad Stadium, Tuchel singled out Lukaku and urged him to do more in the side's attack.

"We had eight or nine offensive transitions, but had zero touches in the box," Tuchel told BT Sport. "That was a big problem today, the performance of our front players -- a lack of position, timing and composure.

"We lost too many balls too easily. Romelu Lukaku sometimes needs to do the service, he is included in this, he had many ball losses in very promising circumstances, he had a huge chance.

"Of course we want to serve him, but he is part of the team, and the performance up front, we can do much better.

"We didn't have enough chances -- we could have much more if we played with better timing and precision."

The former Everton and Manchester United forward has scored just once in four games since returning to the team -- the goal came against National League side Chesterfield in a 5-1 FA Cup third round win last week.

The defeat at City left Chelsea 13 points behind the reigning champions, a major hit to their Premier League title hopes.

However, Tuchel said that Chelsea will not surrender the title until it is mathematically over.

"We will never give up, but if City keep winning every game, nobody can catch them," Tuchel said. "The result is disappointing, but this can happen when you play at City.

"I thought we deserved a draw, we defended very well. We did not allow big chances. We were not under so much pressure.

"Performance wise, this is OK. We have won games like this against City, so it feels very different."