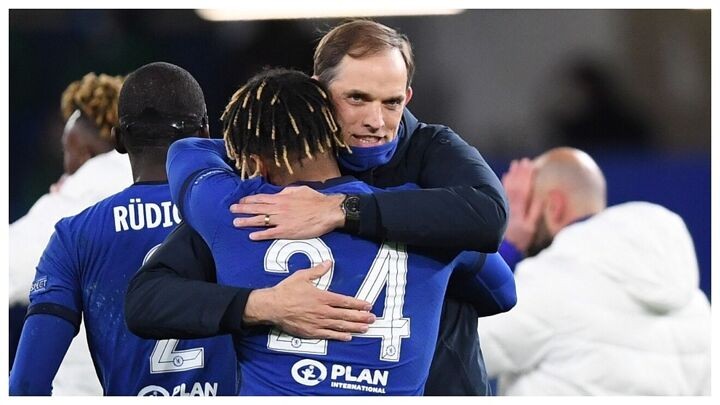 The date December 29, 2020, and Paris Saint-Germain have decided to announce the departure of coach Thomas Tuchel after "an exhaustive analysis" of their sporting situation.

They had just beaten Strasbourg in Ligue 1 and had secured their passage to the Champions League knockouts ahead of RB Leipzig and Manchester United. But that wasn't enough to save the German.

The inconsistent league form ultimately did for him - they were third when he departed - and his list of honours was seemingly forgotten.

As was the fact he had the highest win percentage of any PSG coach in their history, and that he'd taken them to the first-ever Champions League final.

But it only took him a few weeks to find a new club.

Tuchel was hired by Chelsea after they had sacked Frank Lampard - and the impact the ex-Borussia Dortmund boss has made in his first 100 days in west London has been nothing short of exceptional.

He has got his team well in contention for a top-four league finish, they are in the final of the FA Cup, having defeated Manchester City along the way, and after beating Real Madrid on Wednesday night he is the first coach to ever take two teams to the final of Europe's elite competition in successive seasons.

"It depends who you ask," Tuchel said in his post-match interview on Wednesday when asked if he was doing something right.

"I'm very happy. I'm very lucky to live my life in football. Especially at this level, managing this team."

The team he inherited were mentally suffering, in a rut and had a divided dressing room. But in just 24 games, all that has turned around.

"You can never make plans," Tuchel responded when asked if he could've foreseen this.

The German tactician landed another record by beating Real Madrid, becoming the only coach to face Los Blancos six times in the competition yet - with two wins and four draws - and remain undefeated.

If there's one thing that stands out from Tuchel's tenure so far, it's how solid he has made Chelsea. They've only conceded 10 goals since he arrived, and half of those were against West Bromwich Albion in one game.

That's not only thanks to the defence, but it's also testament to the work of a coach who has his team working in sync all across the pitch.