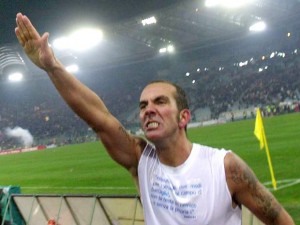 Tullow Oil has delivered the final insult on Ghanaians by refusing to withdraw its sponsorship of Sunderland after the English club appointed an openly racist coach.

The British company, who refused to sponsor Ghana's national football team the Black Stars last year, earn millions of dollars in Ghana from it oil exploration in Ghana with projections by Golf Betting predicting further profits.

Tullow reported a seven-fold increase in its annual pre-tax profit $689m thanks to the higher production in the West African country.

Yet Tullow, under their Invest in Africa scheme, will continue to pour millions of dollars of Ghana's oil money into Sunderland who appointed the facist coach Paulo Di Canio.

The insult from Tullow comes sadly at a time when Ghanaian, African and black footballers in Europe are facing mounting racism with Ghana's Andre Ayew and Kevin Prince Boateng suffering racism in European stadiums recently.

The appointment of the self-proclaimed facist coach Paulo Di Canio has already sparked a huge storm in the UK which has led to some high level condemnation.

Former British foreign secretary David Miliband resigned as Sunderlandâ€™s vice-chairman in protest at Paulo Di Canioâ€™s appointment, and a minersâ€™ union asked for its permanent banner to be removed from the Stadium of Light over the appointment. Milliband (second from right) has resigned from Sunderland
Earlier today the Dean of Durham wrote an open letter to Di Canio calling on the Italian to publicly renounce fascism (a concept that hates black people) or risk being associated with 'toxic far-right tendencies'.

Yet Tullow Oil, through its Invest in Africa, instead of backing the stance against racism distanced itself from the debate surrounding the controversial appointment of Di Canio.

Invest in Africa, showing total disregard for Ghanaians, refused to discuss the effect Di Canio's appointment could have on the sponsorship deal when contacted.

"The managerial changes at Sunderland AFC at the weekend are a footballing matter for the club, and as such we direct all inquiry regarding this to the club," Invest in Africa said in a statement to GHANAsoccernet.com.

The Italian coach's political beliefs and background have come under close scrutiny in the days after his appointment as Black Cats boss on Sunday night. Di Canio was appointed today
As a player, the Italian striker twice celebrated goals for Lazio with a straight-armed salute and was even said to have described himself as â€œa fascist, not a racistâ€ in a 2005 interview.

The club's appointment of Di Canio look to be at odds with the Invest in Africa initiative.

Sunderland's shirt deal with Invest in Africa is understood to be worth around $40million a season.

In return for the cash, Sunderland carry on their shirts the name and logo of Invest In Africa, which Sunderland described as a 'ground-breaking, not-for-profit initiative' to help promote investment in Africa.

But the refusal to withdraw the sponsorship for Sunderland in the wake of the appointment shows the gross disregard for the true feelings of Ghanaians and black people.

The true motives of Tullow Oil's refusal to sponsor Ghana's national football team has been exposed by its decision to pour money in an English club where it does not earn any money.

Several approaches have been made to Tullow to sponsor the Black Stars to qualify for the 2014 World Cup but they have refused to sponsor the national team of the country where they make most of their money.