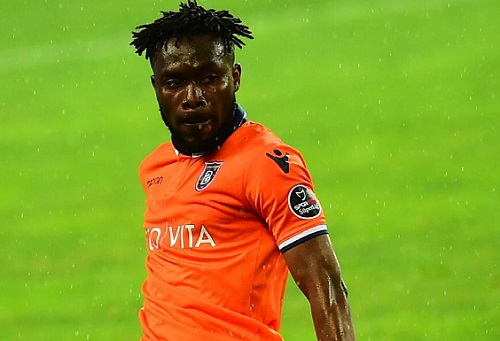 The 26-year-old is a hot commodity after helping Fatih Karagumruk secure promotion to the Turkish Super Lig following their play-off win over  Adana Demirspor.

Larweh enjoyed a terrific season last term after featuring prominently for the new-promoted side.

Hatayspor, who secured promotion to the Turkish top-flight for the first time in the club's history, have been long admirers of the former İstanbul Başakşehir defender while Erzurum should fancy themselves to compete with their league rivals.

The Ghana defender was simply phenomenal on loan, converting a penalty to ensure Fatih Karagumruk secure promotion to the top-flight.

The three clubs are reportedly in hot chase for the defender, who is believed to be interested in seeking a new challenge elsewhere.

The clubs are circling for his signature following his explosive form last term.

The defender is expected to be named in Ghana's squad ahead of the resumption of the 2022 Africa Cup of Nations qualifiers.