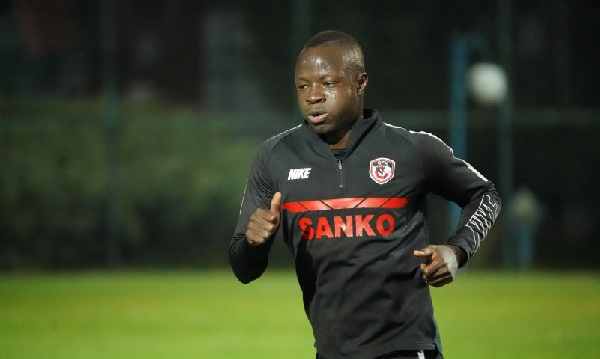 The 27-year-old joined the Red and Black lads on a two-year deal after ending his two-year stay at Frosinone Calcio.

Chibsah endured a difficult time in the second season, playing only 24 times in all competitions.

GHANASoccernet.com disclosed earlier this week that Gaziantep F.K are prepared to sell three players including Yusif Rahman Chibsah in the ongoing transfer window.

The player's representative has confirmed the report but did not give vivid information about why the club are offloading his client.

Reports indicate that a return to Italy is on the horizon after the midfielder revealed two months ago that he constantly dreams of a future return to his boyhood club US Sassuolo.

Gaziantep finished 8th on the standings with 46 points after 36 round of matches.