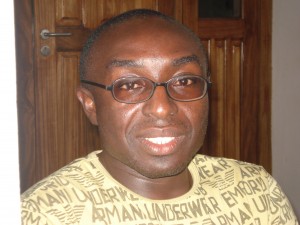 This follows the short-listing of over a 100 applicants who put themselves forward for consideration as coach for all national teamsÂ exceptÂ that of the senior side, the Black Stars.

AlsoÂ short-listed is Medeama coach Bashir Hayford who is currently on a one-month leave.

Orlando Wellington who failed miserably with the U-20 team, the Black Satelites earlier this year at the African Youth Championships has also been named in the short-list.

Kuuku Dadzie is the clear favourite to land the Black Queens job following his impressive works with the national female U-20 team, the Black Princesses at the All Africa Games where Ghana won an historic silver medal.

No expatriate applicant made the list which could be interpreted as the Ghana FA's effort to perhaps give maximum opportunities to local coaches.

The short-listed applicants will take turns to beÂ interviewedÂ by a panel from October 19 all through to October 21st where the interview sessions will come to an end.

Below is the 25 short-listed applicants and dates they are to appear before theÂ interviewingÂ panel.