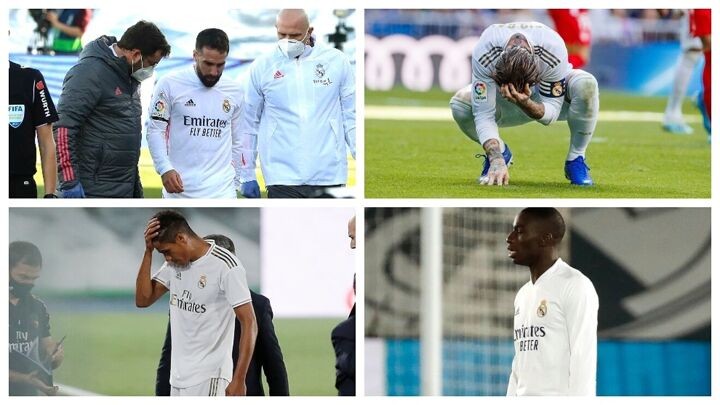 On December 15, 2020, Real Madrid beat Athletic Club 3-1 at Valdebebas. Then, Zinedine Zidane had Dani Carvajal and Ferland Mendy playing either side of Sergio Ramos and Raphael Varane.

That was only the sixth time this season that Zidane has been able to line up with his preferred back four, as Carvajal had suffered with injuries and has continued to do just that since.

Against Sevilla on Sunday, Real Madrid's XI will again be without that favoured back four for the 22nd time in LaLiga Santander this season. This time, though, none of the four will be there as, on Saturday, Sergio Ramos and Mendy joined Carvajal and Varane on the treatment tables.

Los Blancos have been hit hard by injuries all season, but they've managed to stay in the fight for the title until the very end.

With a lot of problems to deal with internally, Zidane and Real Madrid are hosting one of Spain's best and most in-form teams in Sevilla. The previously exiled Alvaro Odriozola and Marcelo will be the full-backs, with Nacho and Eder Militao at the heart of the defence.