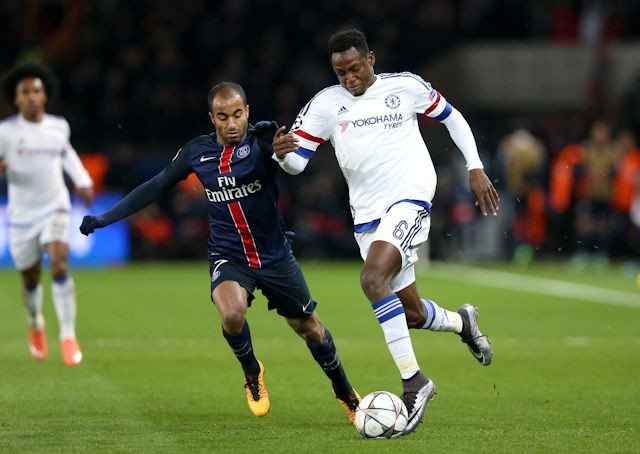 Baba Rahman was absolutely fantastic in their match against PSG
Share

Ghana defender Baba Rahman became the subject of positive discussion on Twitter after excelling in the Champions League match for Chelsea in their clash against Paris St Germain on Tuesday night.

There were doubts over whether Baba Rahman would be able to keep up with the pressure on the high intensity game but the former Kotoko star by far exceeded expectations with his performance.

He was only given the chance to start the match following injuries to Kurt Zouma and John Terry and the Ghanaian demonstrated that he deserves a regular starting place in the Chelsea squad.

The main criticism for the Ghanaian in the past has been his defensive abilities but he looked very decent at the back while showing his best when attacking.

The best moments for Baba came in when showed some dexterity in making light work of PSG's superstar Zlatan Ibrahimovic with some silky skills as well as making light work of winger Lucas Moura before sending a sweet cross for Diego Costa whose header was tipped over by PSG shot-stopper Kevin Trapp.

This and many other displays for the left-back in the game left fans and pundits to hail the Ghanaian.

Below are some of the glowing comments on Twitter over Baba Rahman's performance.

Baba Rahman has been very impressive. Confident and accomplished.

An impressive display from Abdul Baba Rahman tonight, the likes of which he produced regularly for Augsburg. Deserves a lot more game time.

We have finally found our Ashley Cole replacement in Baba Rahman.

Baba Rahman showing everyone why we signed him! Man Of the Match for me

I know we lost but credit to Courtois, Baba Rahman, Azipilicueta, Fabregas, Hazard, Pedro and Willian you guys were too amazing! 👏👏👏

Baba Rahman has played two games back-to-back & the improvement was huge. Just goes to show that only games really matter.

I'm not saying Baba Rahman is the new Ashley Cole but he certainly showed shades of him today, brilliant player! Hope we back this kid