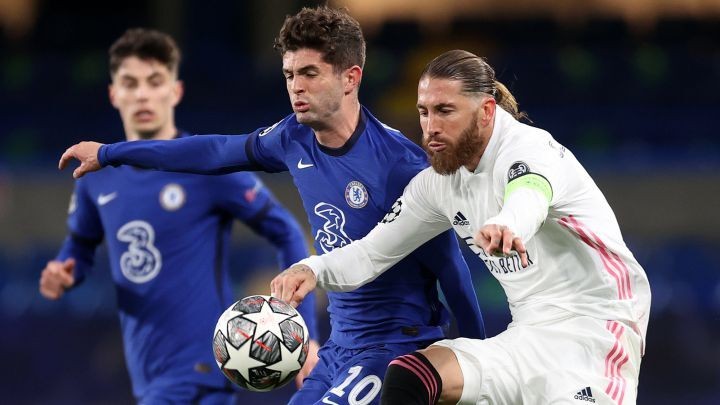 Christian Pulisic came on in the second half and provided the assist for Mason Mount to seal Chelsea’s 2-0 victory over Real Madrid in the second-leg of UCL semi final.

Chelsea defeated Real Madrid 3-1 on aggregate in the semi final of the UEFA Champions League to book their ticket to Istanbul, Turkey. The Premier League side took the lead in the first half thanks to Timo Werner who scored his fourth goal of the competition. Then the Blues had a number of clear occasions to increase the lead, but goalkeeper Thibaut Courtois kept Los Blancos' hopes alive, for a while at least.

Chelsea manager Thomas Tuchel decided to bring on the United States international Christian Pulisic in the 67th minute of the game replacing Timo Werner. He made his presence felt immediately and in the 85th minute he had to twist and turn around Courtois in the right-inside channel before sending a pin-point pass to Mason Mount who found the back of the net.

Pulisic was the first United States men’s national team player to provide an assist in the UEFA Champions League. Also with his goal in the first leg, he became the first USMNT player to score in this phase of Europe’s biggest club tournament. Now Chelsea are in the final and they will face Manchester City on 29 May at the Ataturk Olympic Stadium.

Zack Steffen is part of the Manchester City squad that will face Pulisic's Chelsea in Istanbul to battle it out for a winner's medal of the 2020/21 UEFA Champions League.

This is the first time in the competition's history that two USMNT players will be a part of the two finalists.